Ministry of Science and Higher Education at the EAIE 2013 Conference in Istanbul | study.gov.pl 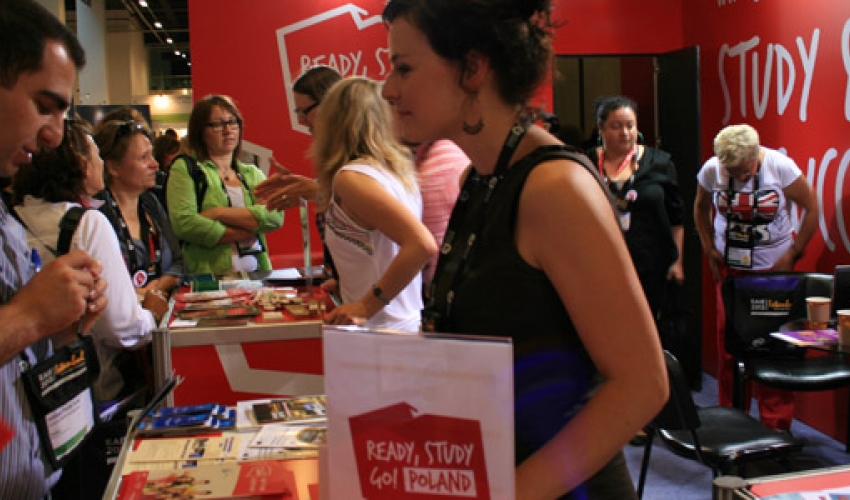 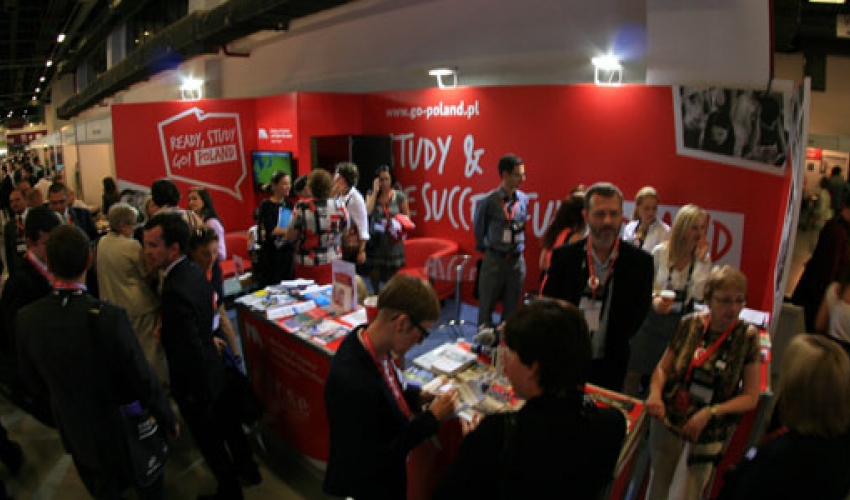 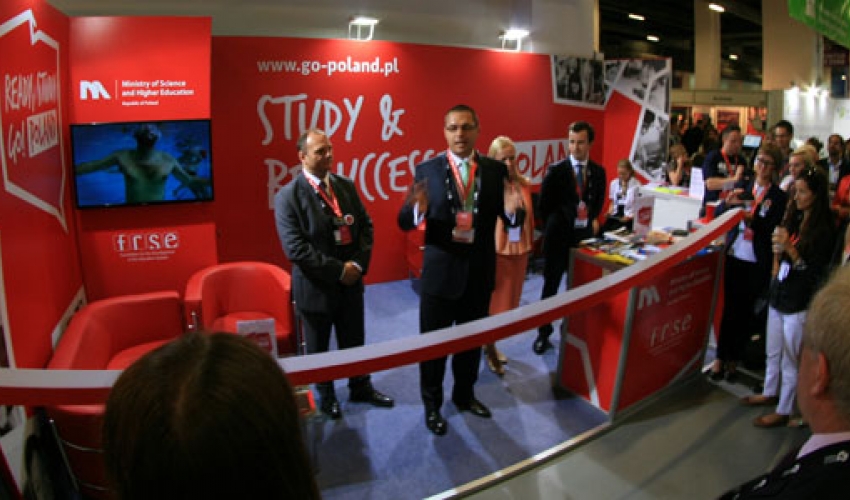 The Ministry of Science and Higher Education’s participation in the biggest expert conference in Europe is a result of Ready, Study, Go! Poland! Campaign, which has been running since 2012, supporting the internationalisation of Polish higher education institutions. It is the seventh such initiative this year.

The Polish stand was already presented during the Studijos fair in Vilnius, International Fair for Overseas Studies in Tbilisi, APAIE in Hong-Kong, Education Abroad in Kiev, Education & Career in Almaty and NAFSA in St. Louis, USA.

The EAIE (European Association for International Education) conference, which this year was attended by 75 participants from Poland, is the biggest European meeting of higher education experts. The main theme of this year’s 25th jubilee conference (10-13 September) was – Weaving the future of global partnership. An important part of the conference were networking events, which allowed cooperation with foreign partners to be established and developed.

Participants from Poland were speakers or moderators in 10 discussion sessions, including a session  organised by the Foundation for the Development of the Education System (FDES) entitled – Joint programmes: facilitator for university internationalization – true or false?, and a poster session  organised by MSHE – Innovative approach to global partnership: Top 500 Innovators Programme, and Towards the internationalisation of higher education: a Polish perspective.

Opportunities in Polish higher education were presented at the national stand READY, STUDY, GO! POLAND! prepared by FRSE and MSHE, which was located in the main area and very popular among visitors. There were 30 Polish higher education institutions represented at the EAIE, 17 of them were present at the national stand together with MSHE, FDES and the Conference of Rectors of Academic Schools in Poland (CRASP). The second Polish stand was prepared by a consortium of Kraków higher education institutions named Study in Kraków.

“Developing education cooperation is a part of the 600-year long tradition of Polish-Turkish relations. We hope that its dynamic development will constitute a foundation for stronger bilateral relations,” said Piotr Krawczyk, chargés d’affaires, acting head of the Polish embassy in Ankara at the official opening of the Polish stand on 11 September. “Last year, Poland was the country most often chosen by Turkish students participating in the Erasmus programme. It provides a great opportunity to exploit the potential of the Turkish educational market by Polish higher education institutions,” he added.