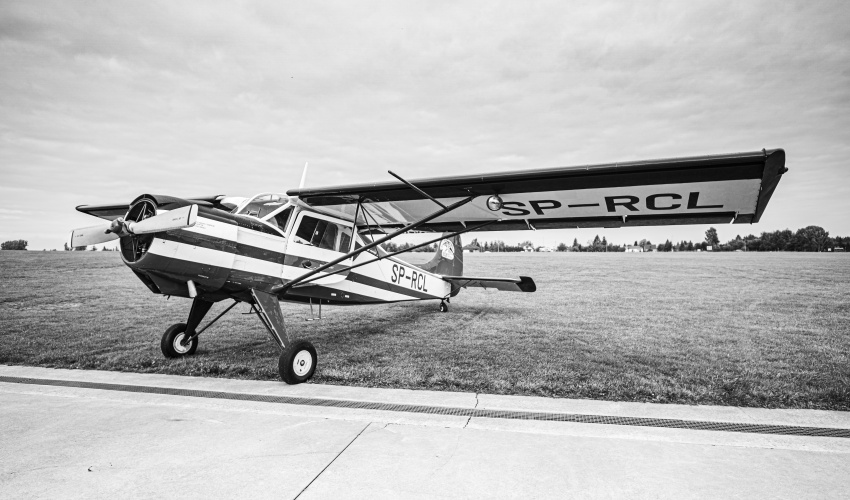 Franciszek Żwirko, a military pilot, and Stanisław Wigura, an engineer and civilian pilot, co-founder of the RWD design team, were a unique aviation duo. In 1929, they made a tourist flight around Europe in a Polish plane, on a 5000 km route from Warsaw through Erfurt, Paris, Barcelona, Venice to Warsaw. They won many sports aviation competitions, in which they were invincible for several years.

The Żwirko and Wigura duo won twice - in 1929 and 1930 - the first place in the South-West Polish Flight, they also triumphed in the 3rd and 4th National Tourist Aircraft Competition. The pilots flew the famous RWD machines, named after three designers: Stanisław Rogalski, Stanisław Wigura and Jerzy Drzewiecki.

On August 28th 1932, Franciszek Żwirko and Stanisław Wigura were winners at the international aviation competition in Berlin. They won first place on the RWD-6 plane. It was a great success of Polish aviation, achieved thanks to the cooperation of the pilot and the designer. On that day at the airport in Berlin people could hear "Mazurek Dąbrowskiego" in honour of the Poles, and the white and red flag could be seen in the skies. In the memory of their victory in the Challenge in Berlin, every year on August the 28th, we celebrate our National Aviation Day, common to civil and military aviation and the aviation industry.

On September 11th, 1932, the Duo flew to an air meeting in Prague. During a thunderstorm, a wing broke off on their plane, which has resulted in the crush. Both of the pilots were found dead near Cieszyn.