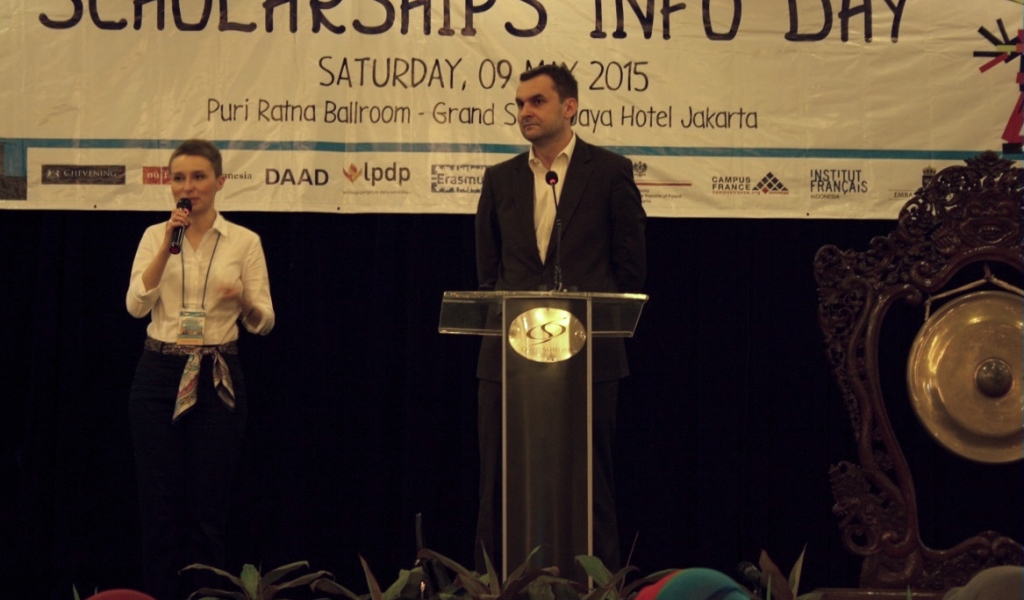 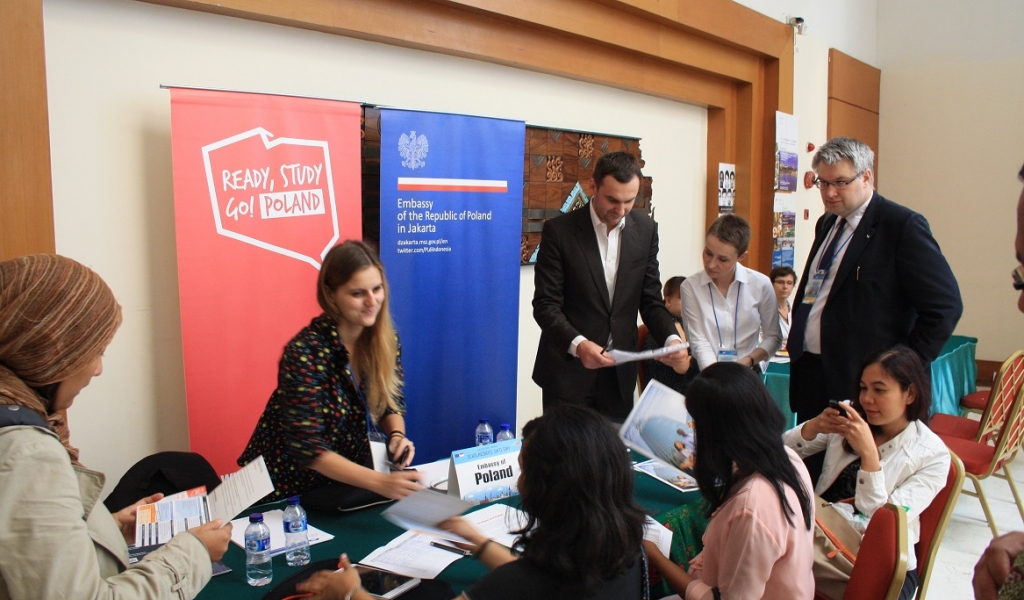 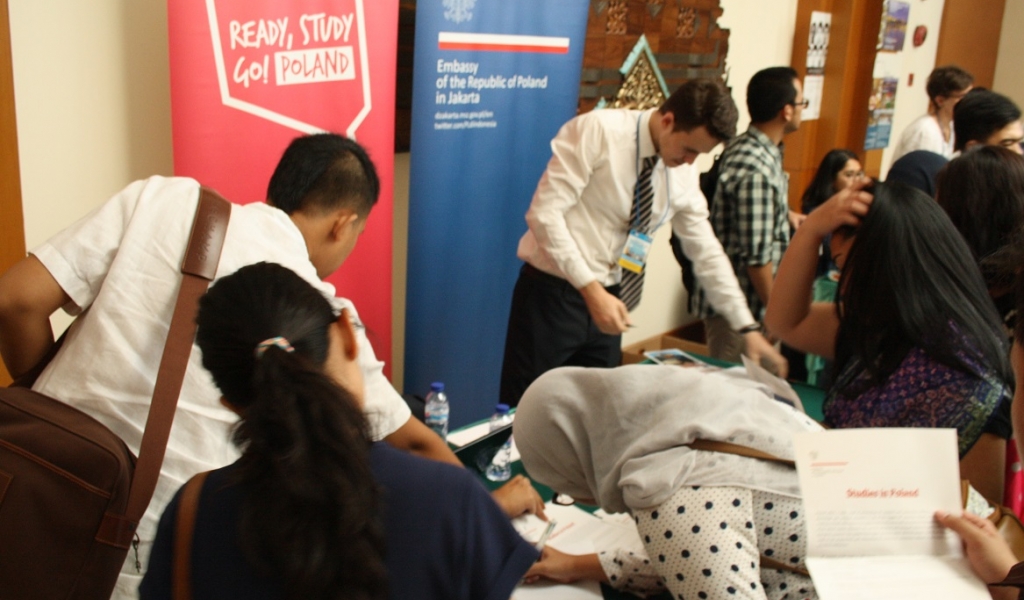 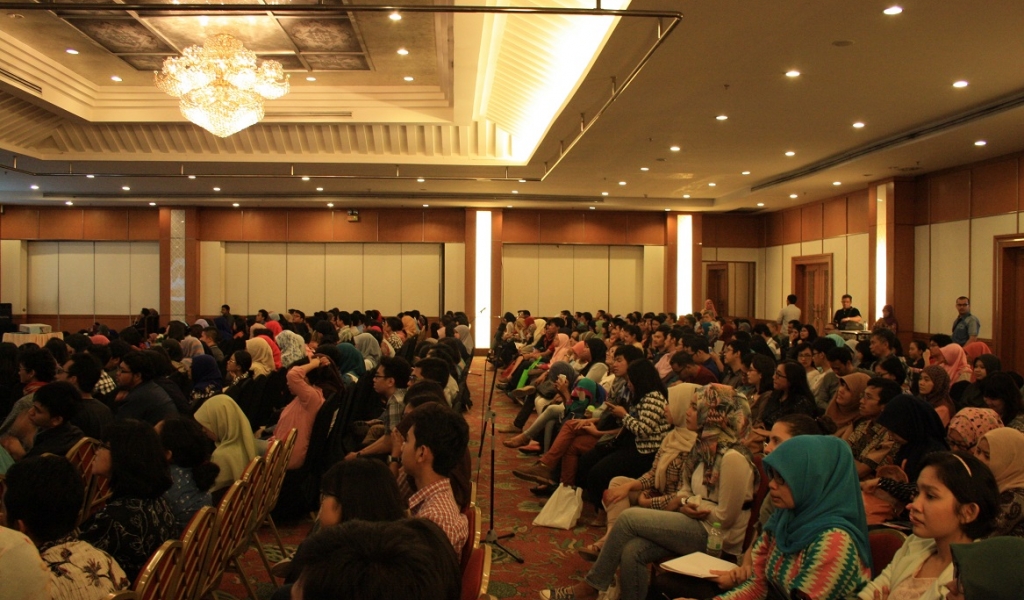 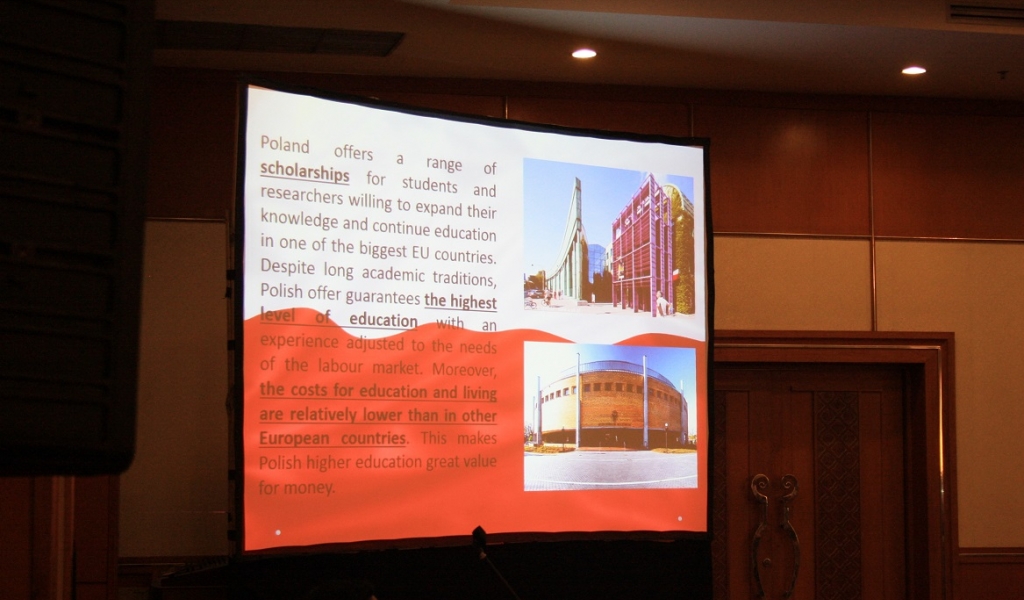 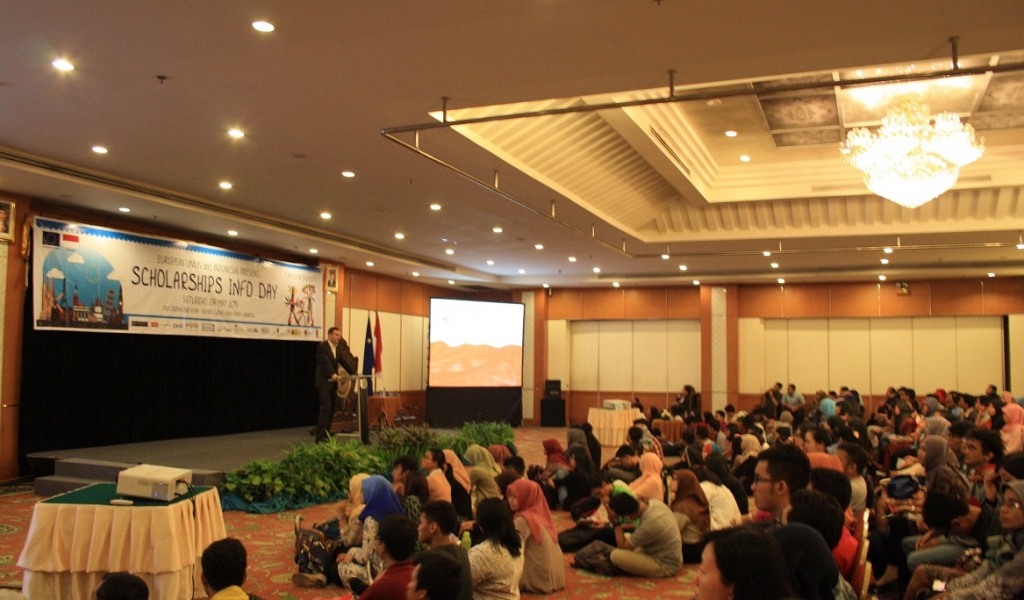 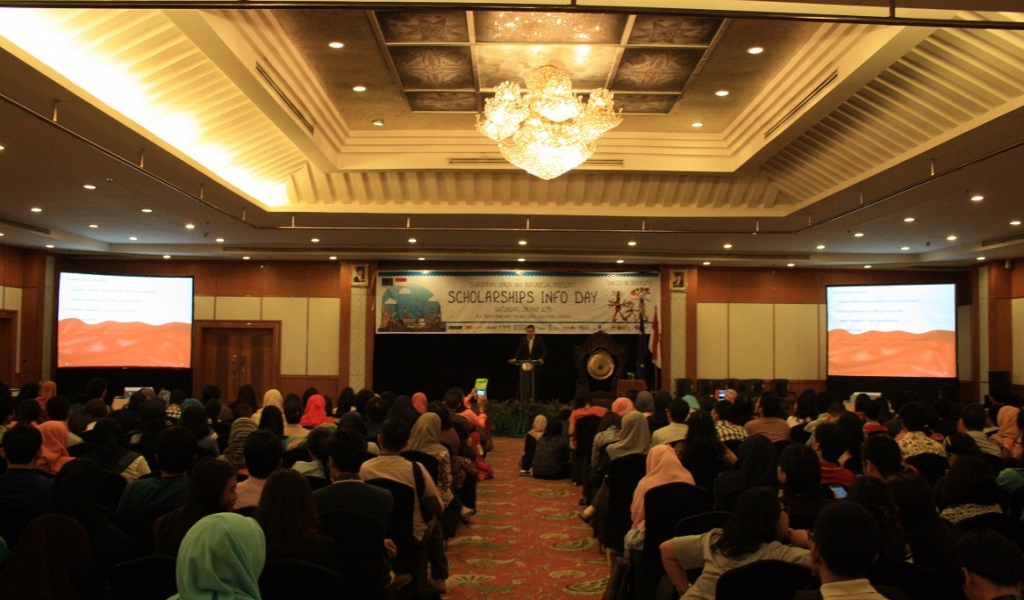 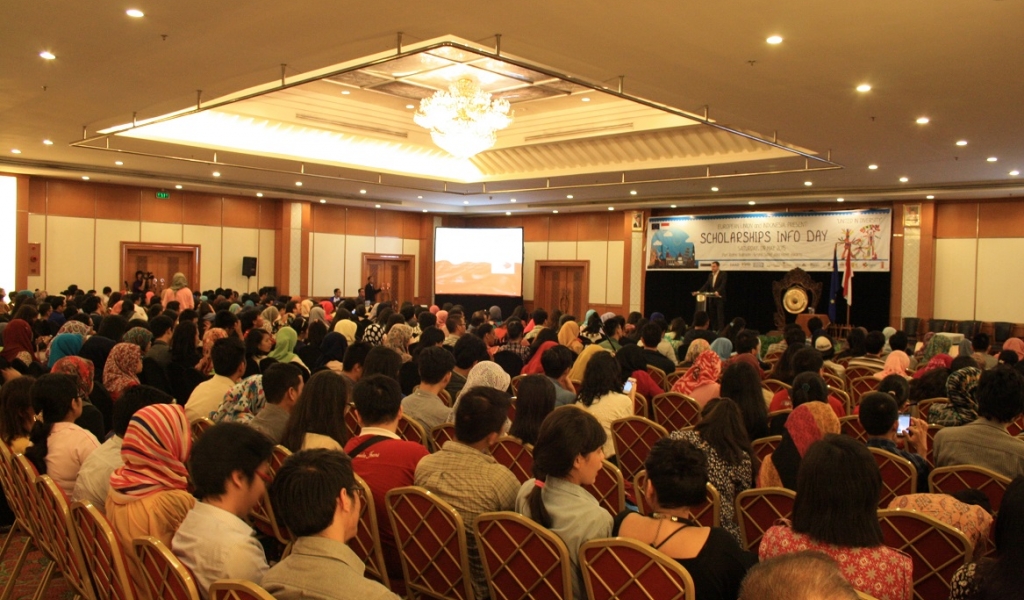 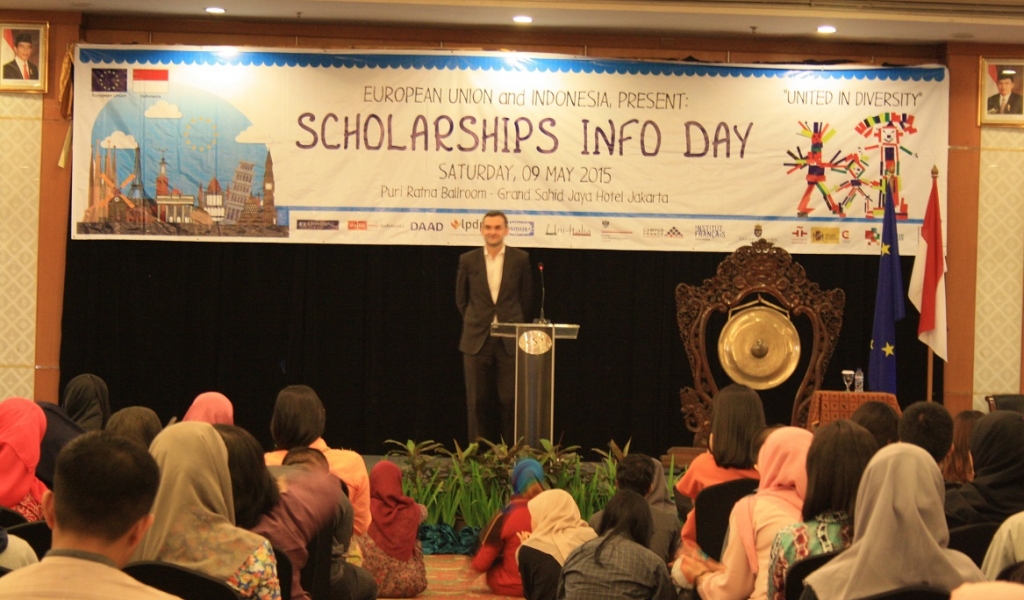 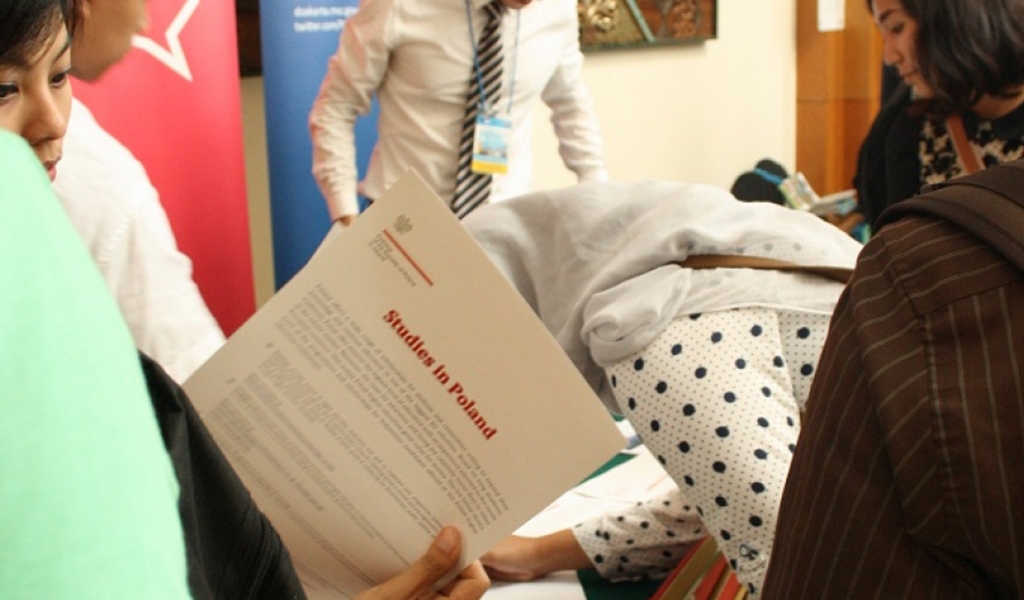 EU-Indonesia Scholarship Info Day was held on the 9th of May in Grand Sahid Jaya Hotel in Jakarta, where Indonesian citizens were informed about options of receiving scholarships in European Union countries. Embassy of Poland in Jakarta as one of 9 diplomatic missions from member states of EU was presenting in its own booth a (tiny) scholarship offer dedicated to Indonesians (i.a. Polonez, Erasmus, scholarships of particular schools and European Academy of Diplomacy). The materials were received from individual institutions (Conference of Rectors of Academic Schools in Poland, National Science Centre, Bureau for Academic Recognition and International Exchange, schools). Promotional leaflets and other materials sent by schools to the Embassy on the occasion of European Higher Education Fair 2014 were also distributed.

Polish booth was located in the strategic place (near by the entrance) with roll-ups of the Embassy and “Go Poland” campaign and gathered crowds of young people interested in studying in Poland (around 1600 persons). A  lecture given by a representative of Polish Embassy Maciej Duszyński and a representative of Warsaw University of Technology Dominika Frak-Dudzińska about Polish scholarship programs aroused a great interest (around 350 people according to the organizers).

During the registration process Indonesian youth was asked about attentiveness in potential Polish language course in Jakarta. Huge majority answered positively (around 95%), which was a confirmation of previous signals and upheld an atmosphere of expectation to Polish course.

This event was another occasion to recognize an imbalance in a grant cooperation of both countries: Indonesia with much lower GDP per capita offers more scholarship programs to Poles, i. a. government scholarships like Darmasiswa by the Ministry of Education, Arts and Culture Scholarship by the Ministry of Foreign Affairs; Poland still do not propose any funding programs for Indonesians, however recently there are some which can be theoretically used by them (Polonez).