Polish Students are the Europe Winners of the 2017 Google Online Marketing Challenge | study.gov.pl 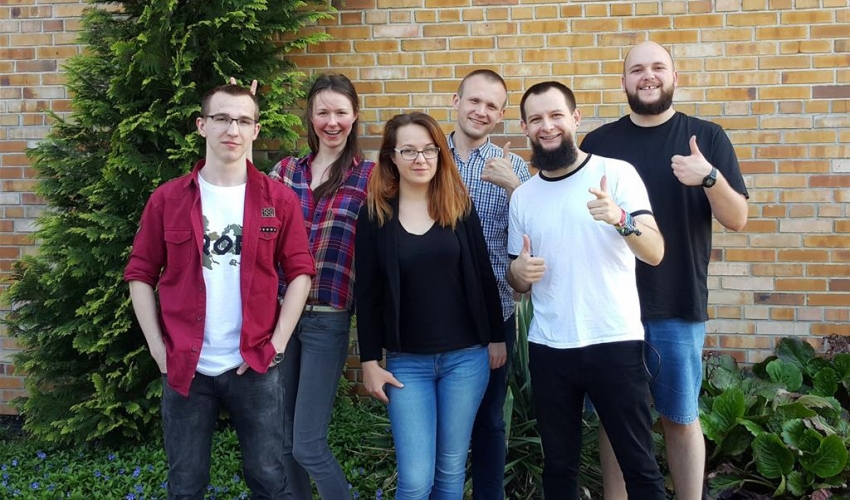 Students from Adam Mickiewicz University in Poznań (AMU) are the Europe Winners of the 2017 Google Online Marketing Challenge (GOMC), the next two AMU teams reached respectively the Final Europe GOMC Top 5, and the Semi-Final Top 15. The AMU teams were supervised by dr. Wojciech Czart. In the Europe Top 15 are also three teams form the Warsaw School of Economics (SGH). The teams were supervised by dr. Tymoteusz Doligalski.

The Polish teams were top performing teams out of the thousands who competed globally. More than 600 professors and 12,000 students from over 65 countries competed in the GOMC 2017. Almost half of the teams were from Europe. The Europe Winners from AMU Poznań are invited to take part in the GOMC Europe AdWords Business Winner Summit at Google's European Headquarters in Dublin, Ireland.

Apart from winning the title of Europe Winners 2017 GOMC, since 2009, students supervised by dr. Wojciech Czart 6 times reached the GOMC Europe Final Top 5 and 10 times the Semi-Final, since 2011 defined as Europe Top 15. Whereas, SGH students supervised by dr. Tymoteusz Doligalski, in the years 2012 and 2014, were global winners and in the three earlier editions SGH teams took first place in Europe.

This year’s success was particularly outstanding and exceptional due to significant increase in the Challenge’s demands. Till 2016, students’ GOMC campaigns were evaluated according to performance of the text ads alone. Instead this year’s, GOMC 2017 campaigns were evaluated based on performance of almost all functions of Google AdWords platform. GOMC 2017 teams completed over effectively using: responsive and enhanced text ads, image ads, video ads, shopping ads, lightbox ads, Gmail ads, and app install/engagement ads ran on the Search Network, Display Network, Gmail or YouTube. Participants could harness their graphical and filmmaking talents for image and video creatives as well as programming skills - developing mobile apps.

The organized by Google Challenge is one of the biggest, most popular and most prestigious international competitions organized for the academic community. It is not just a class simulation. The 3-week long GOMC online campaigns are about the real market, real business, real customers, real money. The participants competed not only with their peers from all over the world but, what is crucial, with real money, for a real client they confronted professional marketing teams of companies and organizations competing on the real market.

GOMC was a class project of IM course

Dr. Wojciech teaches internet marketing and online technologies for business and education, individual work and collaboration at Poznań University of Economics and Business, University of Technology, AMU. He is a member of the Google’s Global Academic Panel (Academic Professor HOA) and the Collegiate ECHO Marketing Challenge jury of the Marketing EDGE (Educate, Develop, Grow, and Employ) foundation. As a Google Digital Garage Official Trainer, he co-organised Google’s “Digital Garage” Workshops, supported by AMU Careers and AMU Promotion and Marketing Services. He gives lectures and workshops at universities across Europe.

It took months of studies to practically well develop the GOMC 3-week long online campaign. Participation in the GOMC was one of class projects of dr. Czart’s two-semester internet marketing course given at the Faculty of Physics AMU Poznań offered in English to the AMU-PIE exchange students (Winter, Spring) and in Polish to Computer Technologies (Bachelor's degree) and Internet of Things Applications (Master’s degree), a course of study ran jointly by AMU and Poznań University of Economics and Business. Students interested in internet marketing and online technologies for communication regardless of their major can attend dr. Czart’s classes. Enrolled in the dr. Wojciech’s course students gain Google Digital Workshop certificate as well pass necessary exams to become an AdWords Certified individuals in the Google Partners platform.

By Anonymous (not verified)