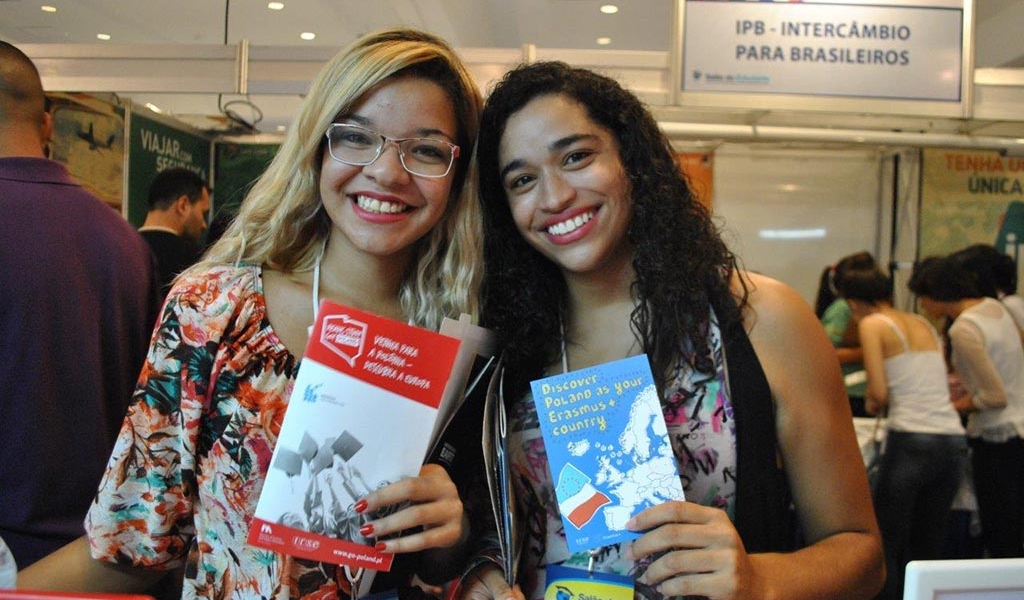 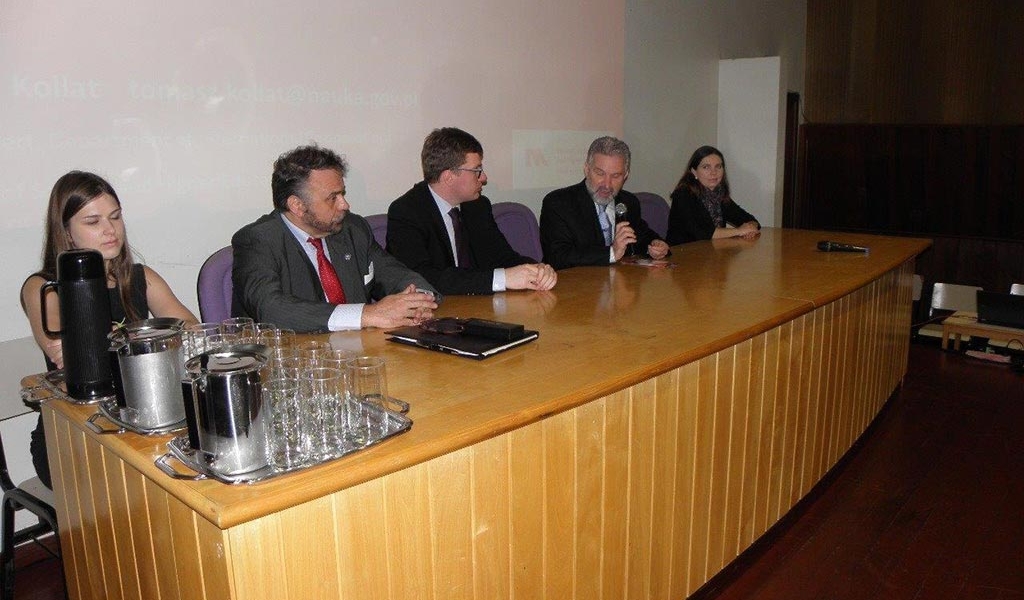 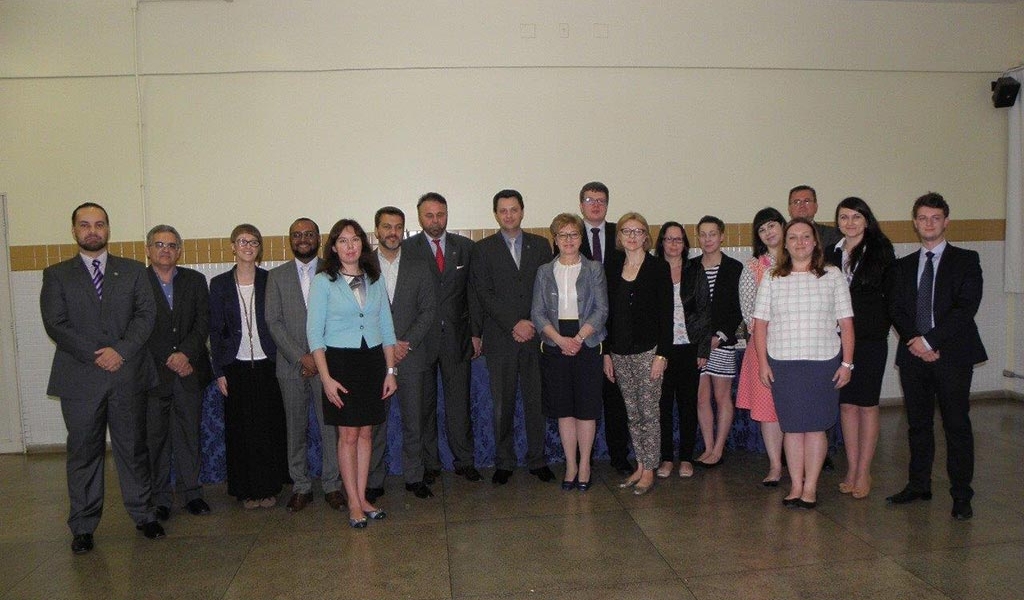 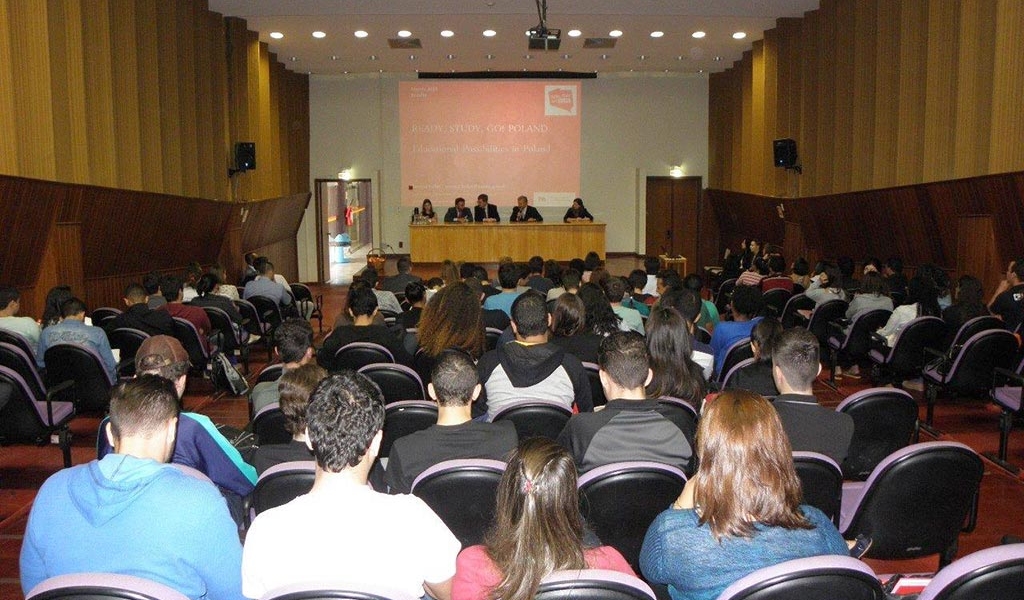 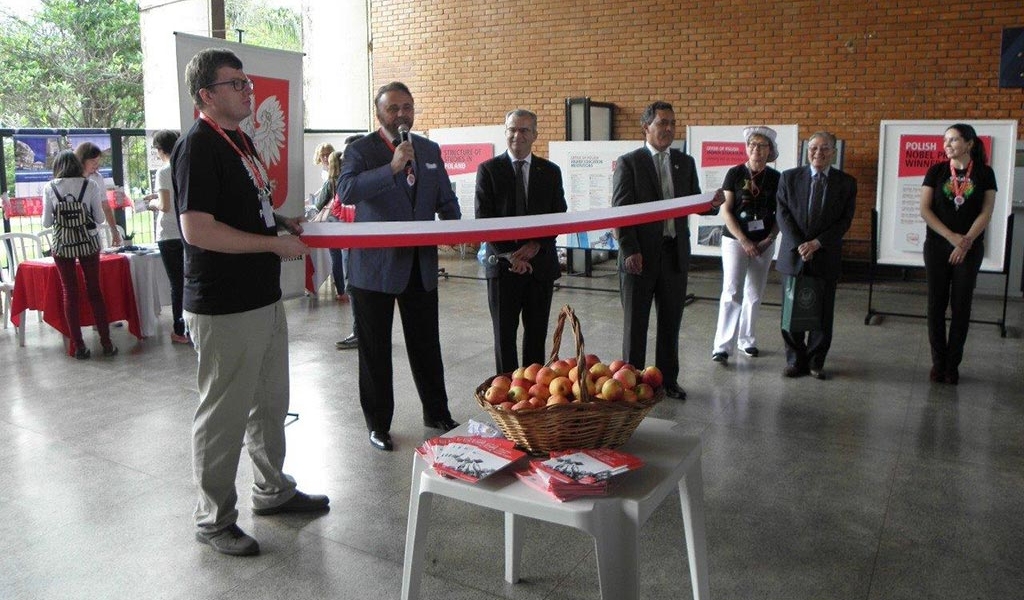 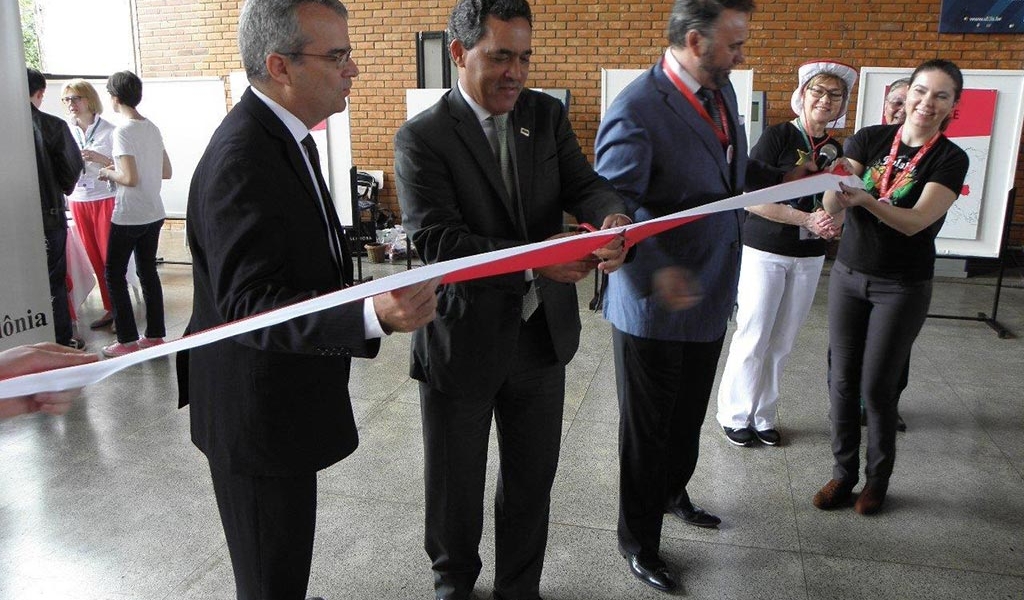 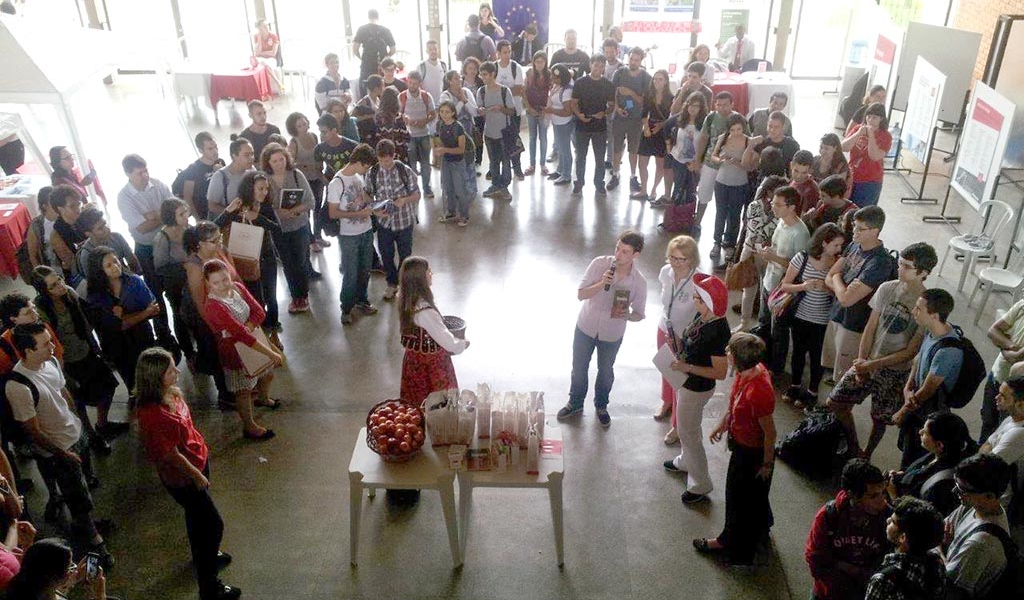 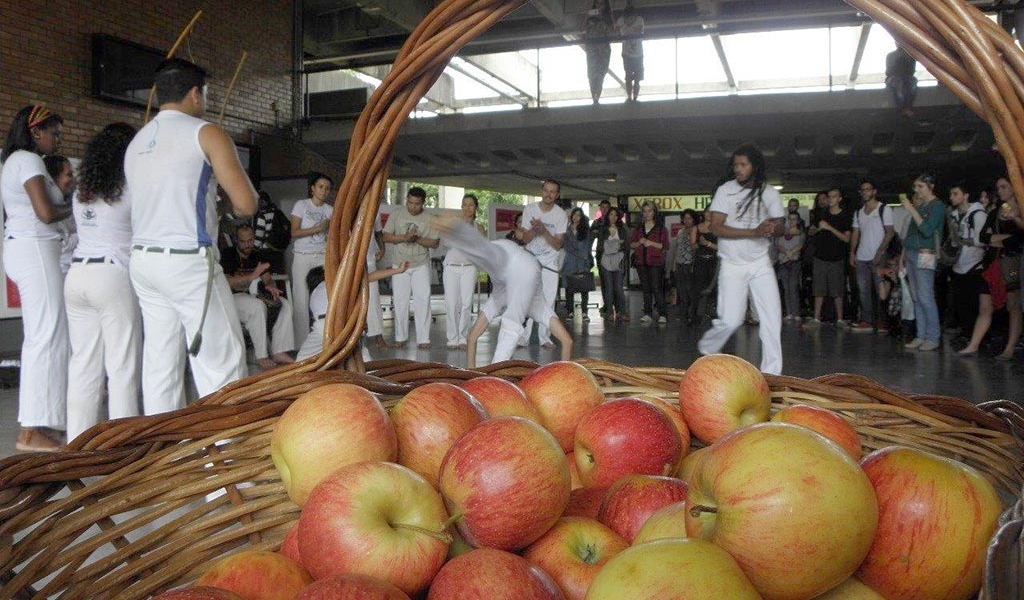 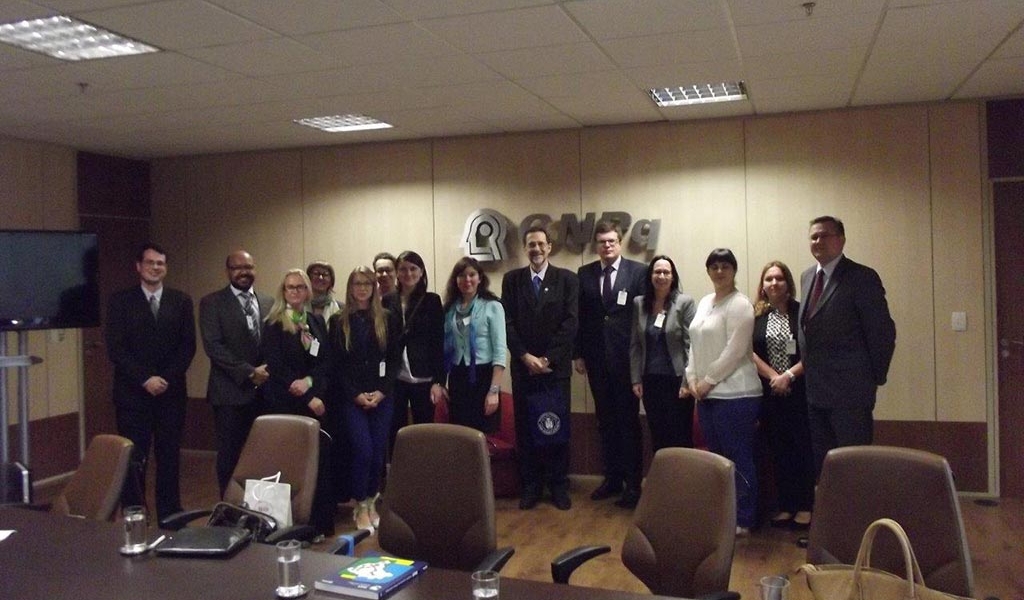 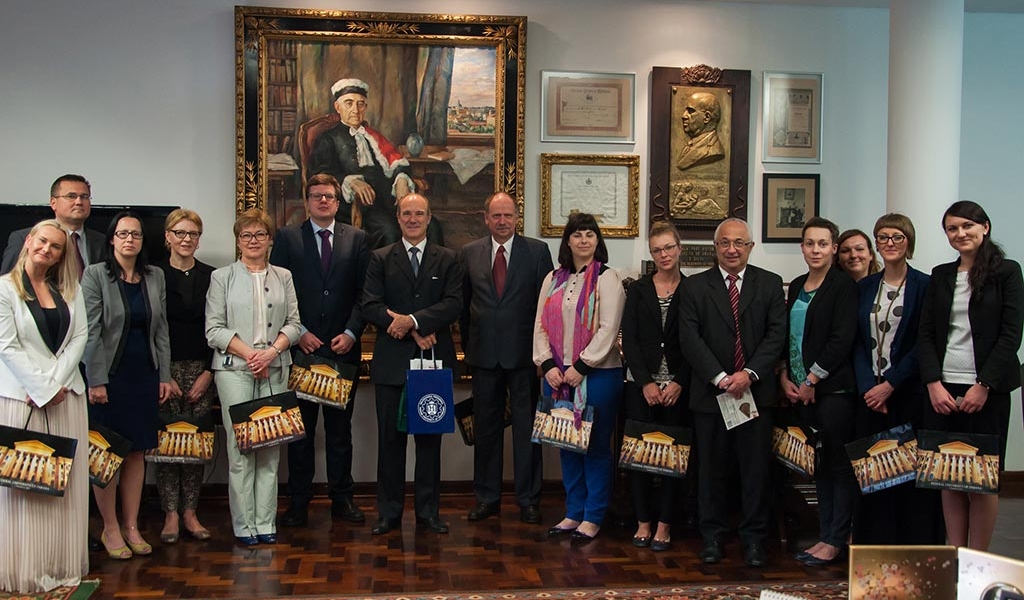 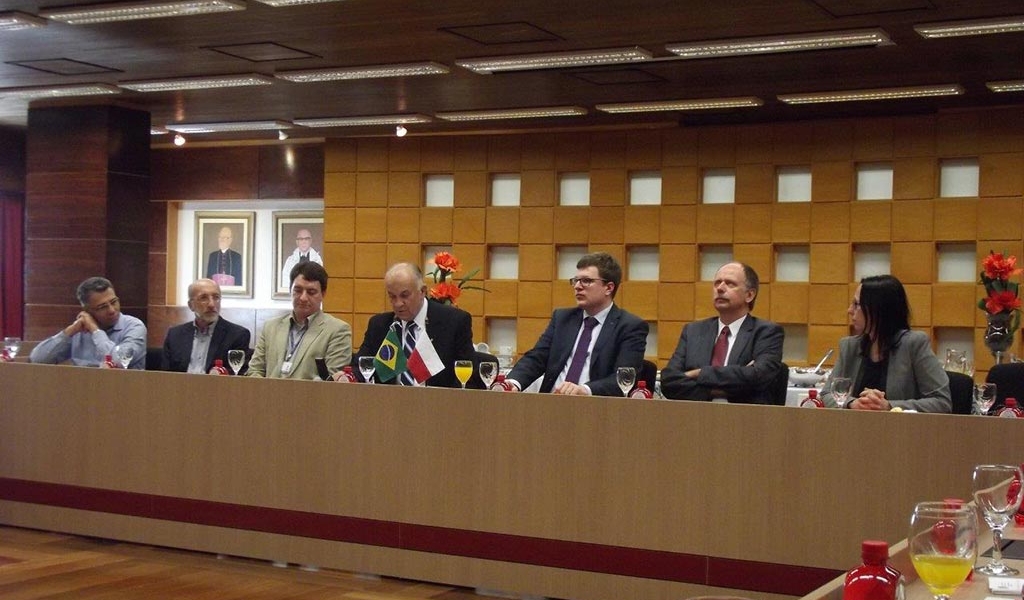 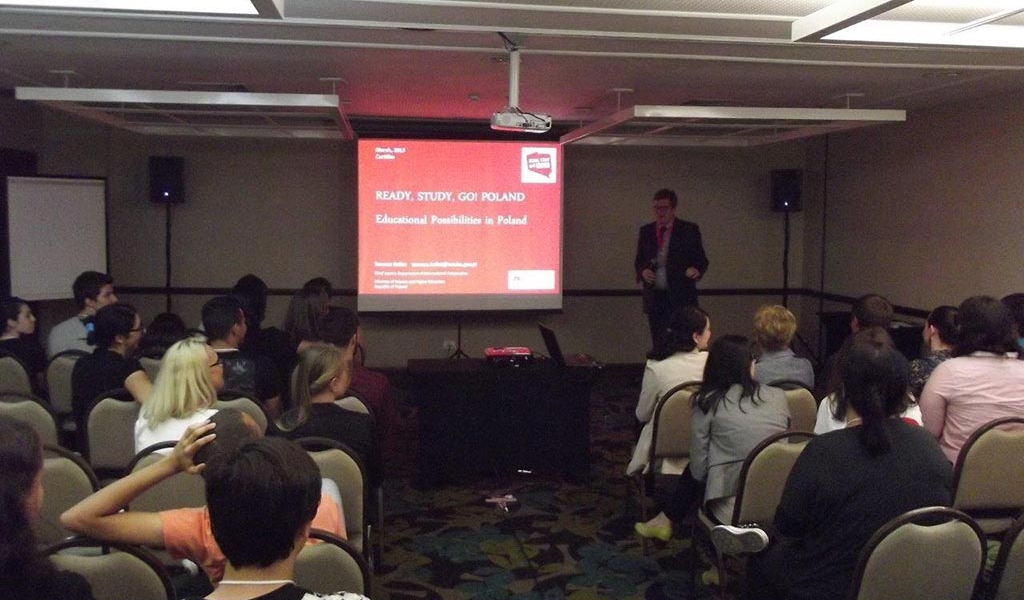 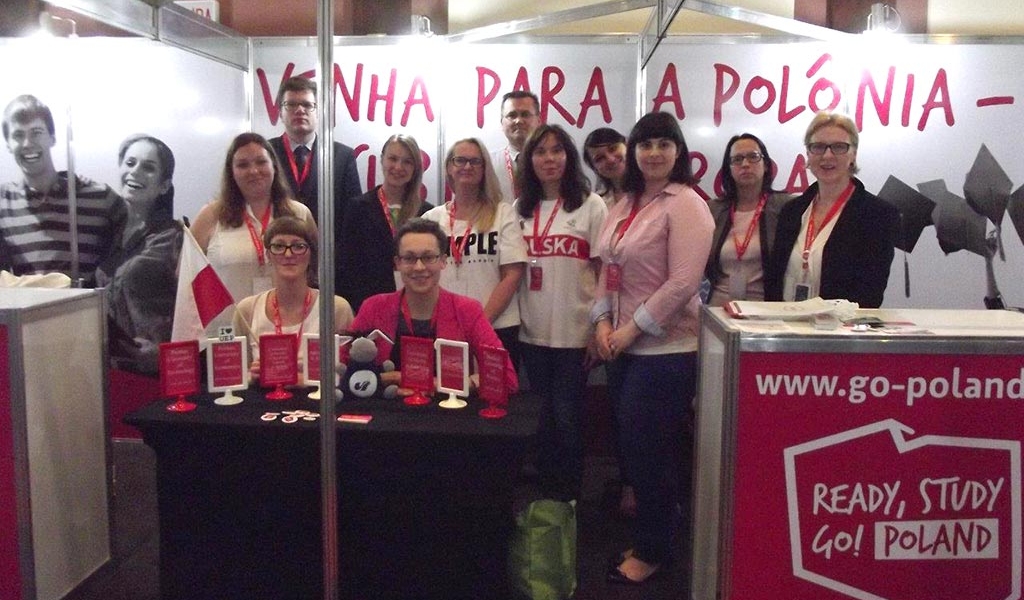 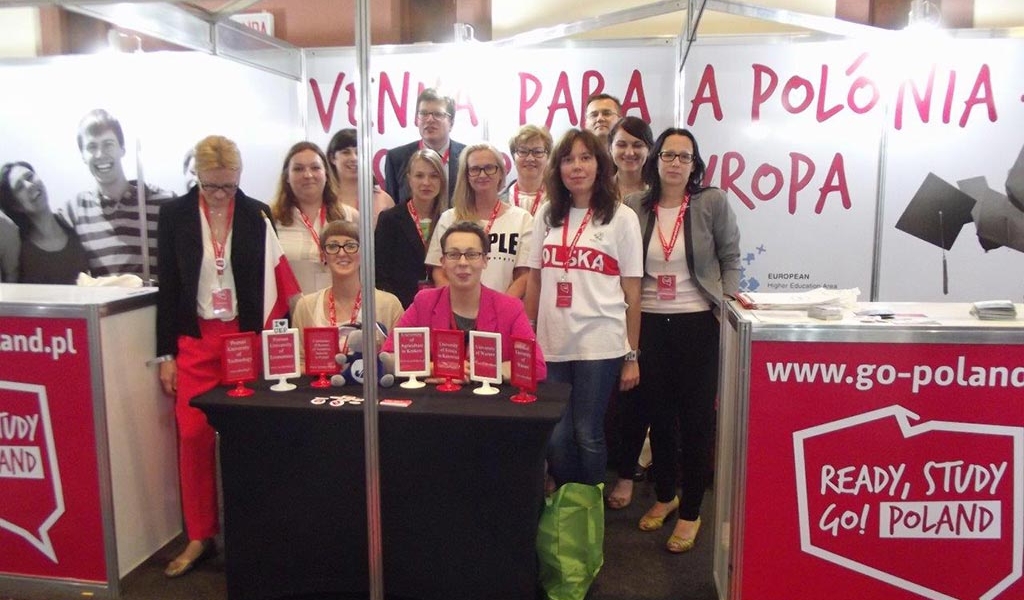 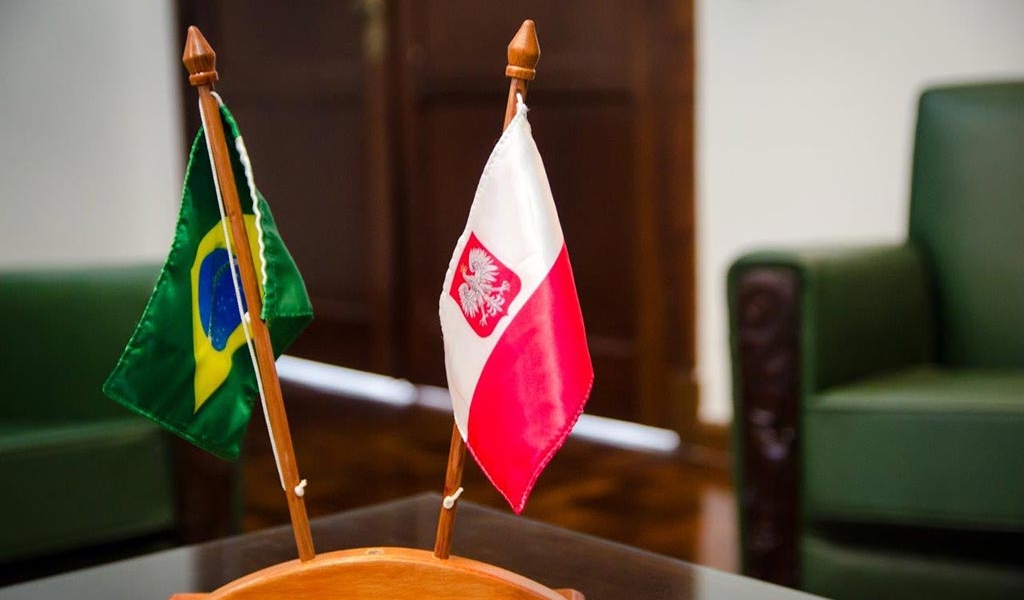 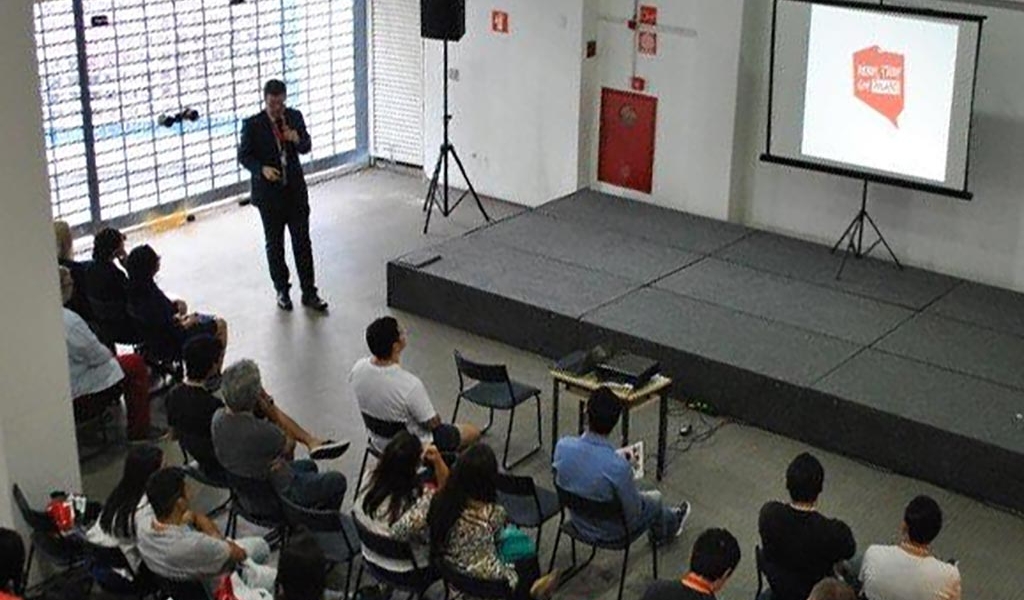 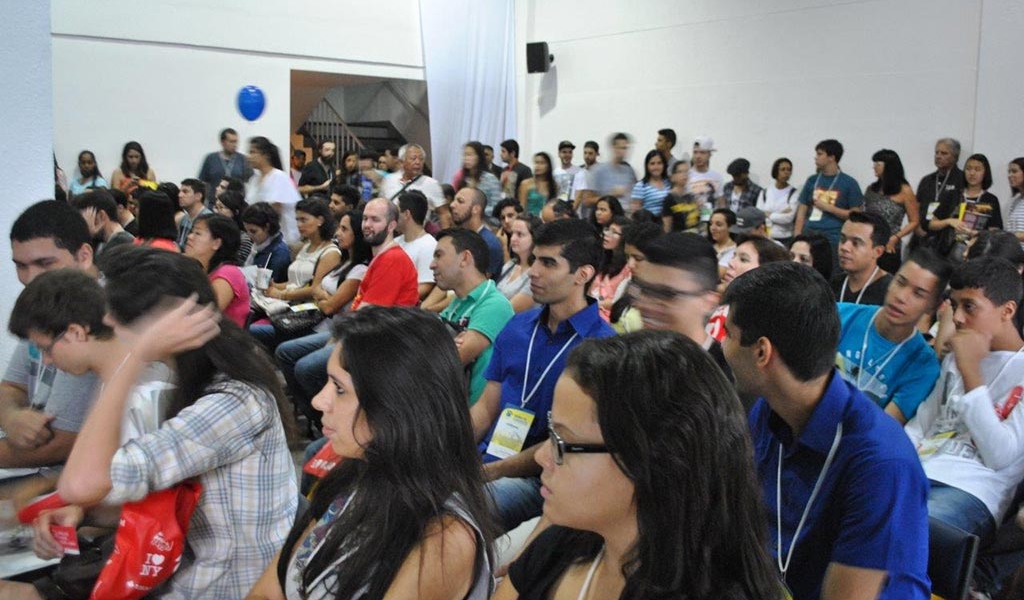 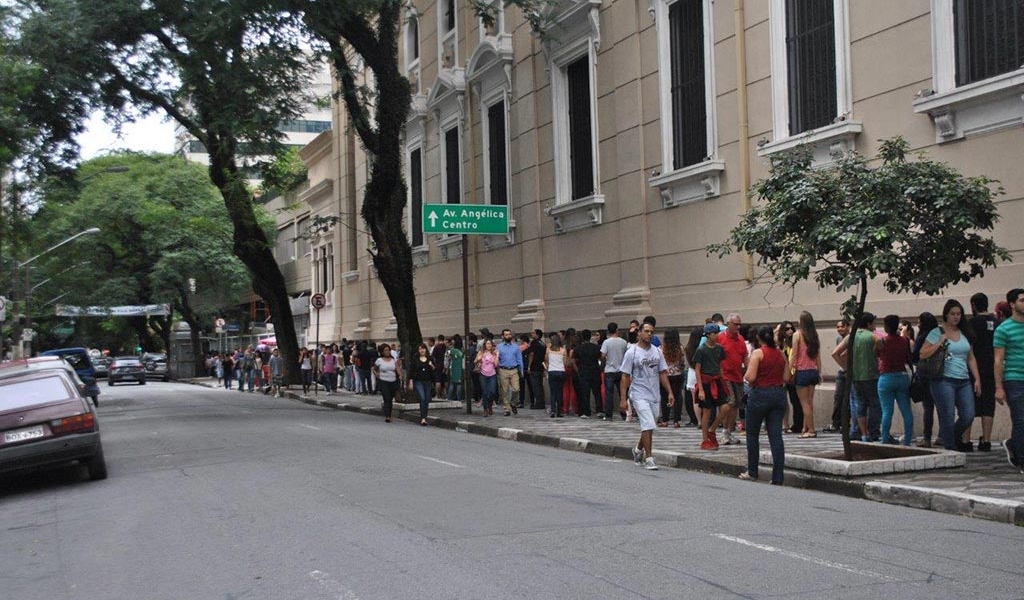 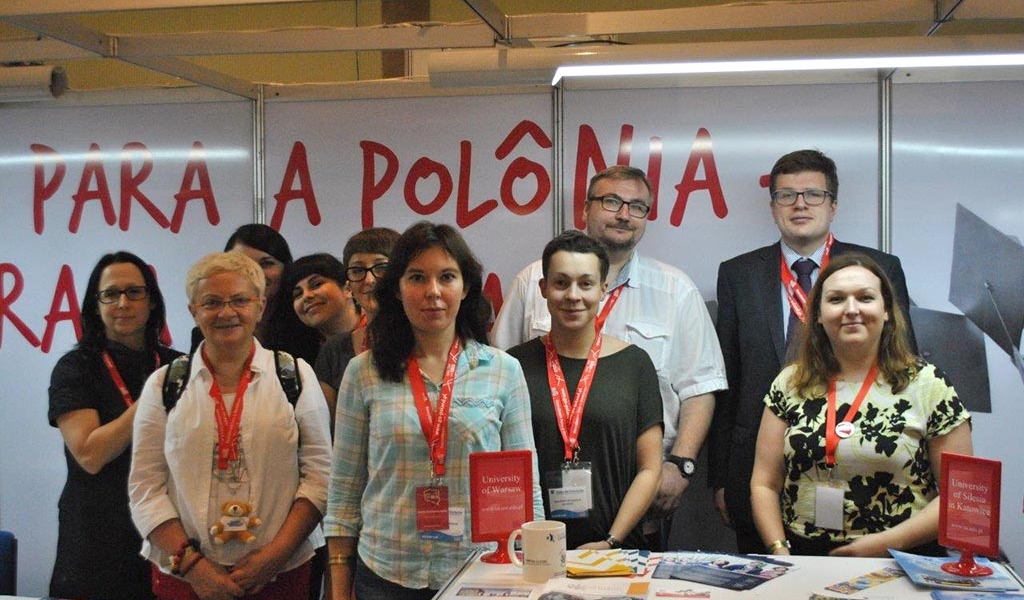 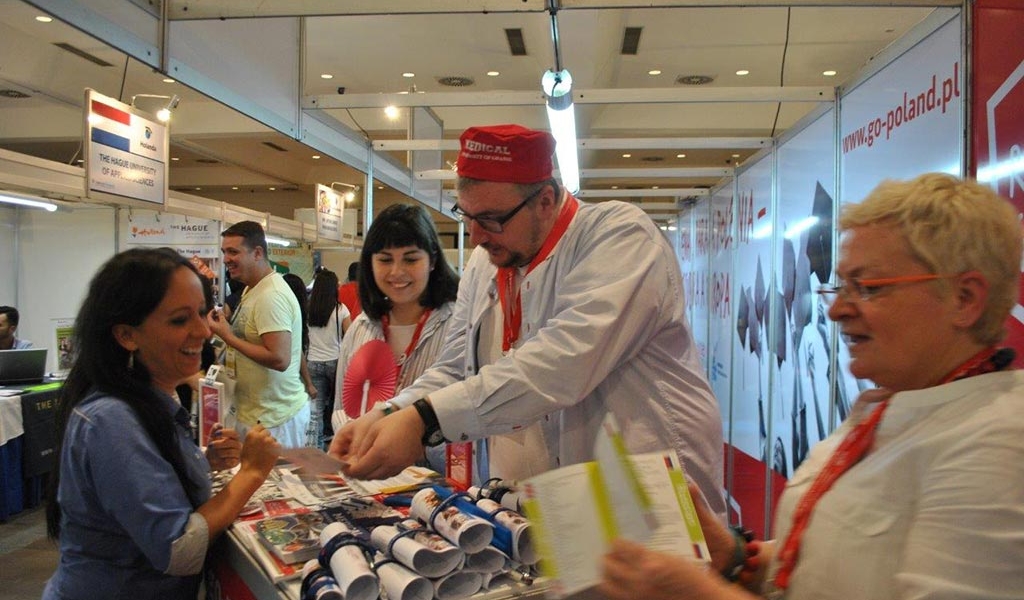 Polish Educational mission to Brazil took place on 14-23 March and was organized within the framework of the Ministry of Science campaign "Ready, Study, Go! Poland" that supports internationalization of Polish universities since 2012. The main purpose of the March mission to Brazil was to promote the Polish academic offer among Brazilian students and encourage them to apply to study in Poland under the scholarship program +Ciência sem Fronteiras+ (Science without borders).

Poland joined the Brazilian scholarship program "Science without Borders" in October 2013. It is addressed primarily to students of science and technology, medical and computer sciences, and it allows the most talented Brazilian students to receive education at the world's best universities. The aim of the program is to create 110 thousand international scholarships by 2015. "Science without Borders" scholarships will be available to Brazilian students successful in academic competitions or having their own academic achievements. First group of students was selected and they will come to Poland in the next academic year.

First day, representative of the ministry delivered presentation about the possibilities of studying in Poland. In the second part of the presentation, visitors received the most relevant and updated information directly from representatives of the Polish universities. Organizers prepared also a quiz about Poland.

Visit in Brasiia was launched by the meeting at Universidade Católica de Brasília, where delegation was hosted  by UCB Rector and academic staff. Members of Polish delegation delivered presentation for students, which was connected with Polish language lesson. In the same time, Polish Embassy organised first “Polish Day” with poster session for UCB students. More about event.

On 17th of March Polish HEIs participated in the XXII Forum Brazil-Europe organised by the Konrad Adenauer Foundation, in cooperation with the Brazilian Parliamentary Group for EU-Brazil Relations, the Delegation of the European Union to Brazil, the University of Brasília, and with support of EUBrasil and InfoRel.

The purpose of the “Polish Day” was to promote the Polish academic offer among Brazilian students and encourage them to apply to study in our country under the scholarship program +Ciência sem Fronteiras+ (Science without borders). Fairs of the Polish universities, combined with the parallel presentation of their academic offer took place at the Central Scientific Institute. EU Delegation in Brazil presented the study and research opportunities in the EU on Individual stand.

The fair was accompanied by numerous attractions, including Polish capoeira show performed by Polish - Brazilian group, raffle (main prize was a scholarship at the summer course of Polish language and culture sponsored by the University of Warsaw, University of Silesia in Katowice, Medical University of Warsaw), football match between Poland and Brazil. Stands of Polish universities were visited by hundreds of people throughout the day. Exhibition "Ready, Study, Go! Poland "about the Polish higher education system was also presented.

On 19 March Polish delegation paid visit to CNPq - National Council for Scientific and Technological Development – coordinator of the +Ciência sem Fronteiras+ (Science without borders) programm. Director of council for international cooperation- Paulo Beira confirmed that cooperation under the Science without Borders is very important for Brazil and Poland, because it leads to diversify the educational program. At the same time he expressed the hope that every year more students from Brazil will be able to study in Poland.

On 20 March the Polish delegation has been welcomed by Consul General in Curitiba Mr. Marek Makowski. Subsequently, a meeting at the Federal University of Parana (Universidade Federal do Paraná, UFPR) University has been held. UFPR is one of the oldest Brazilian universities (the first to be conceived as such). During the meeting vice-rector of the university warmly welcomed all Polish representatives, and during long discussion hei representatives were looking for possibilities of bilateral cooperation. The same day meetings with relative faculties which can be partner for Oolish universities were held.

Second meeting during that day has been held in Pontifical Catholic University. It is the largest private university in the state of Paraná and enjoys a very good reputation in Brazil in terms of the level and quality of provided education.

The meeting was attended by the PUC Rector Prof. Waldemiro Gremski and academic staff. The possibilities of cooperation with Polish universities i.a. in the fields of biomedical sciences, technical sciences and social sciences were presented and discussed during the meeting.

Talks continued during the evening meeting with representatives of the Polish community in the Tadeusz Kościuszko Society.

20 and 21 of march representatives of the University of Silesia in Katowice conducted Polish language lesson for students in UFPR and PUC as well as special lecture about Polish theater.

March 22 was the last day of the Polish mission presence at Salão to Estudante fairs. Polish universities once again presented their capabilities and invited Brazilian students to Poland. Polish national stand was one the largest pavilions presented at the fair. Interest among young Brazilians was significant. During the fair, there was also a presentation session "Ready, Study, Go! Poland" given by representatives of ministry and Polish universities. Many students asked about opportunities to learn English and Polish in Poland at preparatory courses.