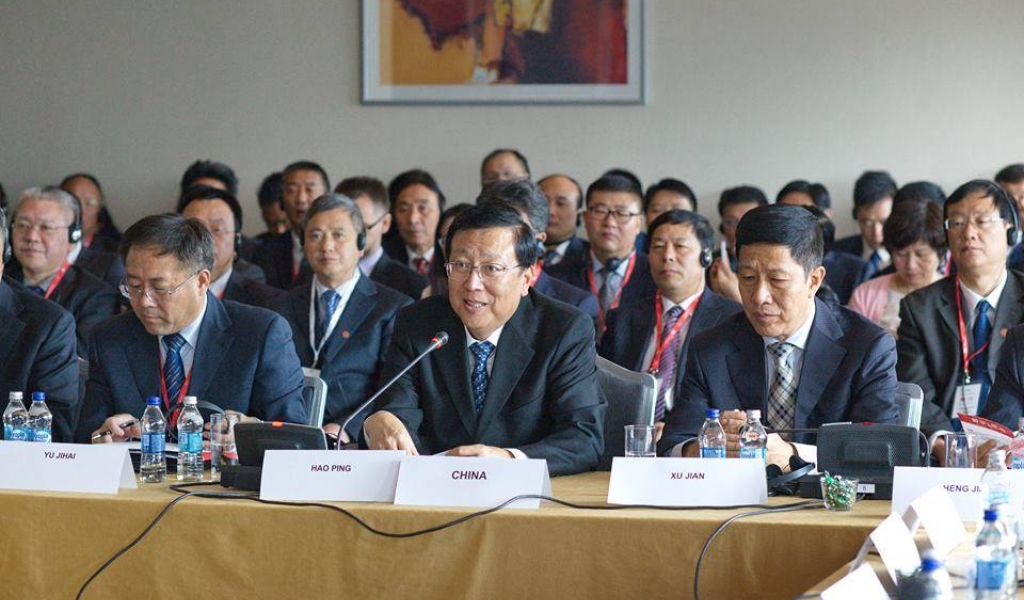 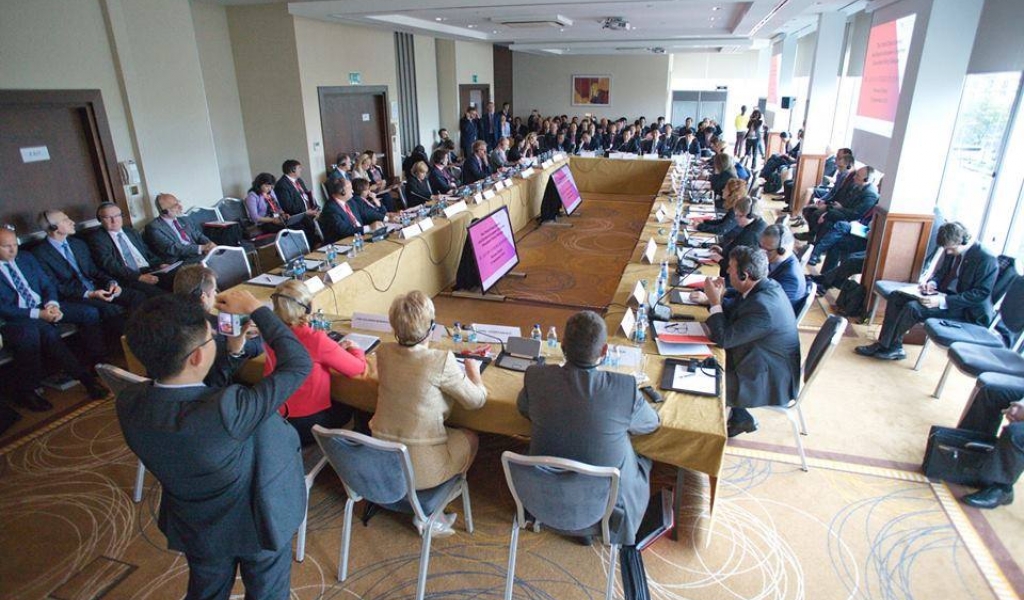 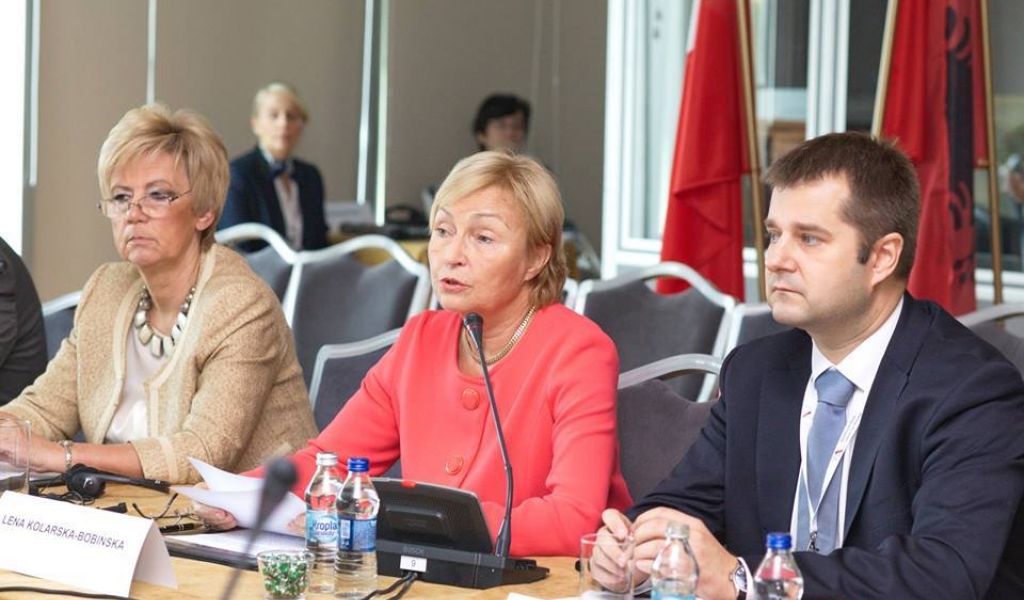 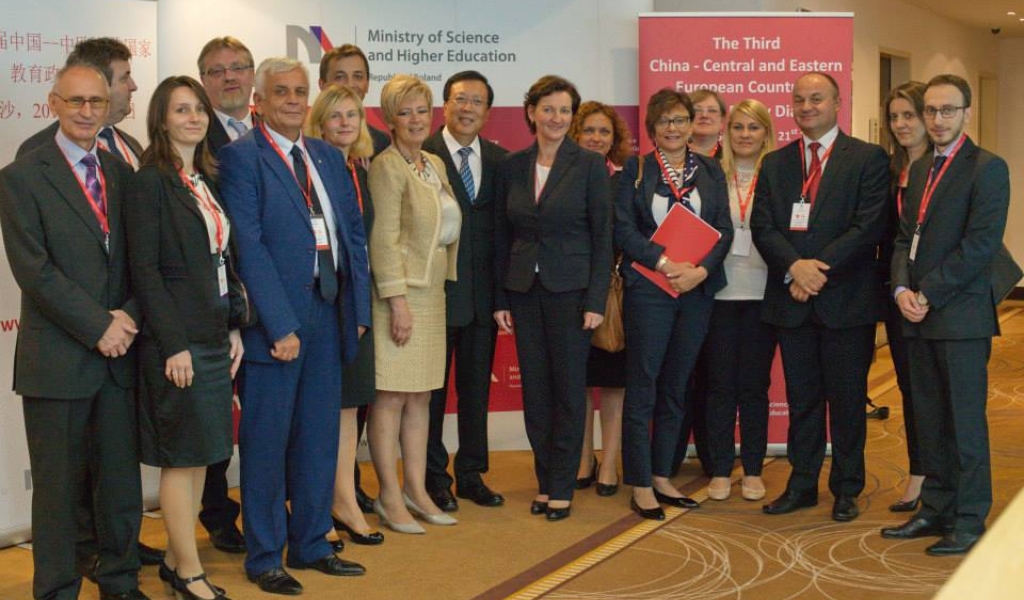 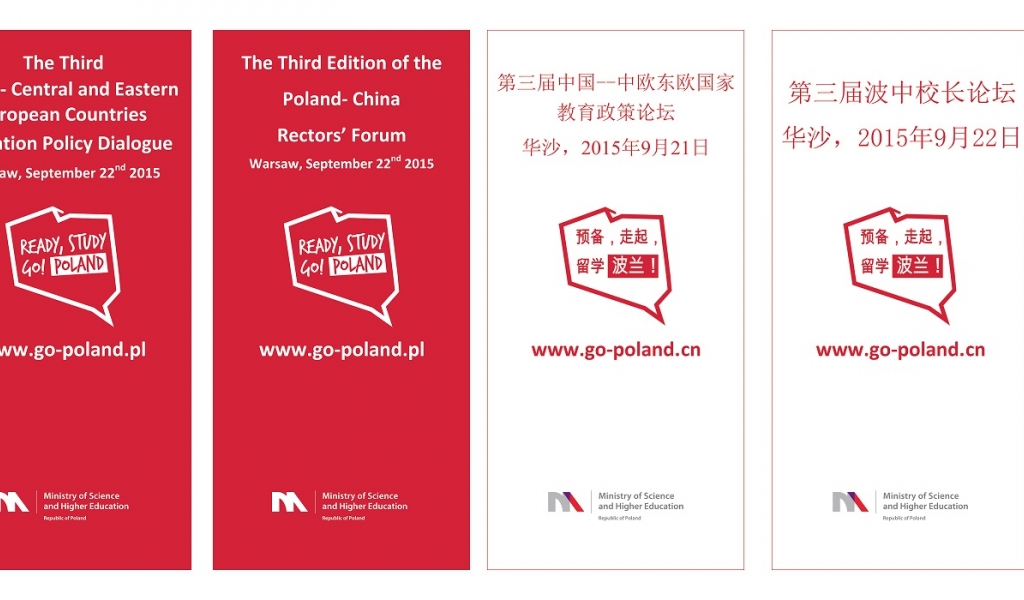 The ministers of higher education from 17 countries and rectors of Polish and Chinese universities participated in an education summit organized by the Ministry of Science and Higher Education. The summit ended yesterday in Warsaw. To Poland and Central and Eastern Europe it was one of the most important educational event involving China.

For the first time in history the Educational Dialogue meeting was held outside of China. Poland was the host of the event this year which, after taking the leadership in the Europe Union – Central Asian Education Platform, shows the growing role of our country in shaping European and global higher education.

'I hope that together we will rise to the challenges we all face', said Professor Lena Kolarska-Bobińska. the Minister of Science and Higher Education, welcoming the summit guests. 'We must best prepare young people to the changing labour market and provide them with high-quality education. Our main goal is to raise next generation of people with open minds', said Professor Kolarska-Bobińska.

Hao Ping, Deputy Minister of Education in China, mentioned the role Poland may play in shaping European strategy for higher education. Chinese delegates emphasized professional use of EU funds which remarkably contributed to the development of science and Polish universities. According to them, further cooperation between Europe and China should be based on three aspects, namely: (1) increased international trade, (2) opening centres for language learning, and (3) undertaking new research initiatives in advanced laboratories and research institutions.

Regular meetings of Dialogue 16 +1 is an opportunity to improve and develop extensive international cooperation network. Expert analyses of previous actions show the countries participating in the event future trends in cooperation development. This year's meeting was dedicated to two issues: the internationalization of higher education and cooperation between science and other sectors of the economy.

According to the summit participants, the mobility of students, postgraduates and academic staff is a great opportunity not only to fight demographic slowdown, but also to improve the quality of education and research. The analyses discussed at the meeting showed how the influx of people from abroad favourably affects university functioning. The necessity to run classes in a foreign language motivates students and researchers to take extra effort. Furthermore, university administration operates much better as administrative staff members have no choice but to improve Internet-based working techniques and their English knowledge.

Particular emphasis was placed on the mobility of PhD students and newly-graduated doctors. Experts argued that from the point of view of national science and higher education, a 24 to 36 month research stay at universities and research institutions is much more important than short-term student exchanges. Grants and scholarships for future scientists not only last longer, but also directly translate into specific research results. Two or three-year stay abroad has positive impact on both home university, which a scholarship holder comes back to with new experience, and host institution, which participates in his work.

The discussion participants also raised an issue of best practices for effective grants management. The ministers agreed that awarding scholarships does not have to be the sole objective: research projects as well as their results should be supervised as they might form the basis for academic career or cooperation between science and economy.

E-learning platforms may also be of great importance in the process of internationalization. Thanks to the Internet, international courses are available to foreign students who cannot afford long-term research trips. Web-based trainings provide scientists from different countries and cities with an opportunity to work on joint research programs.

Deputy Minister of Education of China noted that the countries of Central and Eastern Europe have today a truly unique chance of strengthening cooperation. Open borders of the European Union and gradually disappearing language barrier make the processes of internationalization develop most rapidly right now.

Reducing unemployment among university graduates through greater cooperation with entrepreneurs and employers was another important topic. Considerable emphasis was put on the issue of how to best engage them in the education process. One of the options would be to open new fields of study matching the demands of the labour market; furthermore, university programs would be developed in consultation with business representatives. Another solution would involve additional internships, workshops and traineeship programs. As a result, students who learned and developed soft skills in addition to invaluable hands-on experience could do well even on the rapidly changing labour market.

Following the Dialogue 16+1, the Third Polish-Chinese Forum of Rectors was held. As this was an inter-university meeting, it was devoted to more detailed aspects of international cooperation. The most important issues, including recognition of education, important primarily in academic and professional mobility, and scholarship systems, were summarized. Actions to be taken as part of the Erasmus + program (also addressed to countries outside the European Union) along with joint activities worth undertaking in the future within specific scientific disciplines were discussed as well. Moderators from China and Poland led four parallel discussion panels devoted to social sciences, humanities and arts, vocational education, life sciences and engineering. The conference ended with a networking session which brought together the representatives of Chinese recruitment agencies and Polish educational institutions.