Poland presented at the Study in Europe educational fair in Singapore | study.gov.pl

Poland presented at the Study in Europe educational fair in Singapore 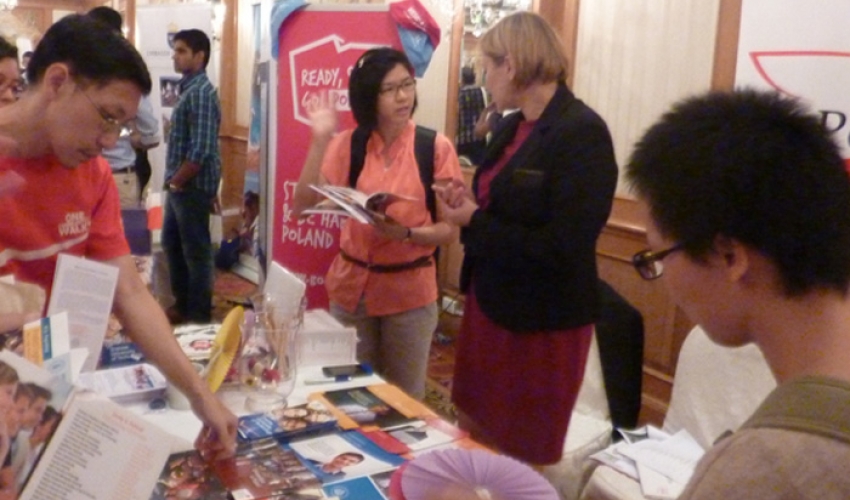 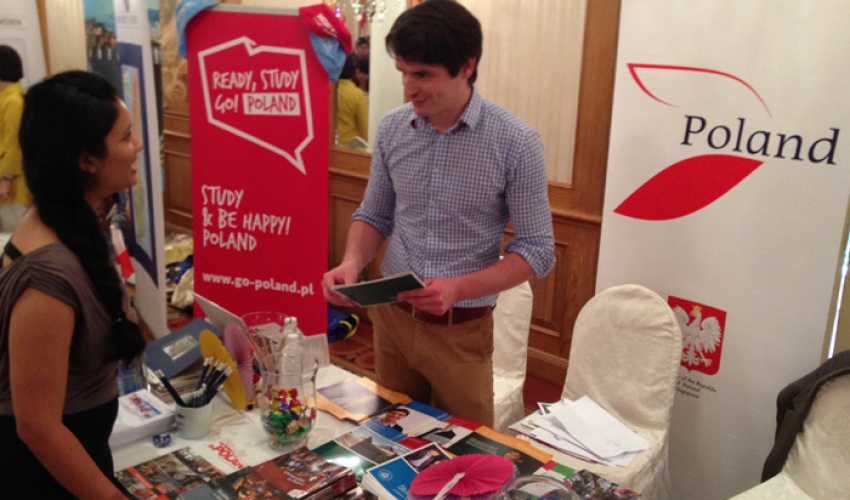 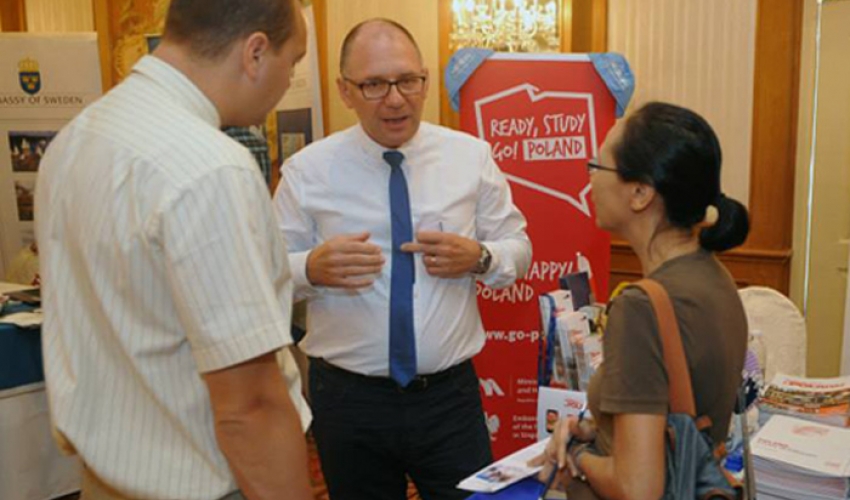 Poland presented at the Study in Europe educational fair in Singapore

Poland was one of eleven European countries, and the only one from Central and Eastern Europe, which participated in the seventh edition of the popular higher education fair –, Study in Europe – on Saturday, 28 September at the historical Raffles Hotel. Hosted by the Polish embassy in Singapore, the Polish stand offered a rich variety of materials on educational opportunities for international students in our country. The Ministry of Science and Higher Education supported the embassy's efforts as a part of the ministry’s campaign Ready, Study, Go! Poland initiated in 2012 to support the internationalisation of Polish higher education establishments.

At the Polish stand, interested young people also had an opportunity to talk to representatives from the Medical University of Gdańsk and Poznań University of Technology, who tirelessly answered numerous questions from prospective students and their parents on topics such as degree programmes in English, admission criteria, scholarship opportunities and practical information on life in Poland. Additionally, they presented the study opportunity of their universities during the designated seminar.

"The education standards in Singapore are very high and they are well known for it. Here, there is a pool of very capable candidates not only from Singapore but also neighbouring countries and the international community. They usually choose to study in the UK or the US, also because they are familiar with the system and these universities are very active at recruiting here. We need to create an awareness of Poland as a new European educational destination where high quality academic education can be obtained at a competitive cost," says Waldemar Dubaniowski, Polish ambassador to Singapore.

Apart from Poland, also Denmark, Finland, France, Germany, Ireland, Italy, the Netherlands, Sweden, Switzerland and the United Kingdom were present, joined also by EURAXESS - the European Commission researchers' mobility portal and the European Chamber of Commerce in Singapore presenting such prestigious schools as ESSEC, Sorbonne University and IE Business School. Study in Europe is organised yearly by the EU Delegation to Singapore, which aims to offer students, parents and teachers comprehensive information on Europe's higher education landscape. Between 1500 and 2000 guests visited this year event, according to the EU Delegation's estimates.