Ministry of Science announces the second wave of changes in science and higher education | study.gov.pl 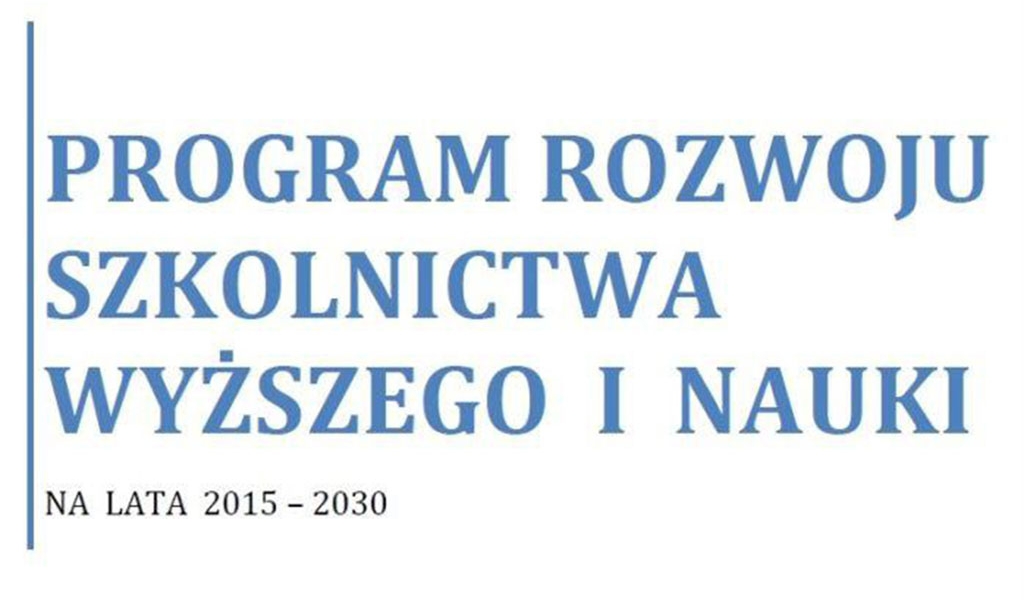 4-year university funding cycle, more indefinite period contracts for scientists, the opportunity for students to have more influence over the course of their studies - these are some of the points of the higher education and science development program, presented by the Ministry of Science last Wednesday.

"I believe that all scientists, universities, politicians, we must have a clear vision of direction in which we are going, of the goals that we want to pursue. Regardless of who governs, vision for the future is important. We have already made many changes, but we believe that more changes are needed" - the Minister of Science and Higher Education, Lena Kolarska-Bobińska told reporters on Wednesday.

She presented the Ministerial Programme for the Development of Higher Education and Science for the Years 2015-2030. She referred to the proposals included in this document as the second wave of changes. She reminded that the first wave of changes in science and higher education in 2007-2015 included greater autonomy of universities, giving a large part of decisions on the funding of research to the academia, and the introduction of solutions that bring students closer to the labour market.

The Minister acknowledged, however, that science faces many new challenges. They include demographic decline, new technologies that sometimes force the need for online learning, international competition for funds for research and competition of universities for foreign students.

The Minister clarified that the objectives of the new reforms should include improving the quality of teaching and research, as well close linking of financing to quality. It is also important to improve the interdisciplinary of science and mobility of researchers.

The minister also announced another change that will affect universities. "We want universities to be evaluated in a four-year cycle" - she said. Thanks to this, the funding of higher education would be closely linked with the results of evaluation of scientific units, which is conducted every four years. "This also means a much greater financial stability for the universities" - added the minister. Universities are currently funded on an annual basis.

The minister also spoke about making universities the main subject of accreditation and authorisations. Now, universities typically consist of faculties, which are the basic organizational units. "To improve cooperation within the university, contribute to the development of interdisciplinary research, better use of human resources and infrastructure, we want universities rather than faculties to be basic units " - the minister said.

The ministry is also planning several changes to personnel policy. "We should introduce the principle of habilitation outside the unit in which the person is employed" - said the minister. She admitted that it should lead to greater mobility of the scientific community.

The program of the Ministry also includes the proposal to ensure that there are less temporary contracts in science and higher education, and to employ researchers for an indefinite period. The minister pointed out that, however, that it must be associated with the possibility to terminate the contract if the employee receives a negative periodic evaluation result, or fails to obtain the required degree within the specified period.

Kolarska-Bobińska also mentioned changes that concern students. "We would like to offer students a better chance to decide on the selection of majors during their studies" - she said. She admitted that students should have more access to individual course of study.

"This document is the result of discussions and work of experts and the community. We know that regardless of who will govern, the community will have a document that defines certain directions of change" - she said.

Minister also wrote about the second wave of changes in the letter to the universities on the occasion of the beginning of the academic year. "We want the implementation of the Program of Development of Higher Education and Science to contribute to better use of the potential of universities and science for the development of social and economic life in the country, and to lead to development of a strong international position of Polish universities" - Kolarska-Bobińska noted in the letter.