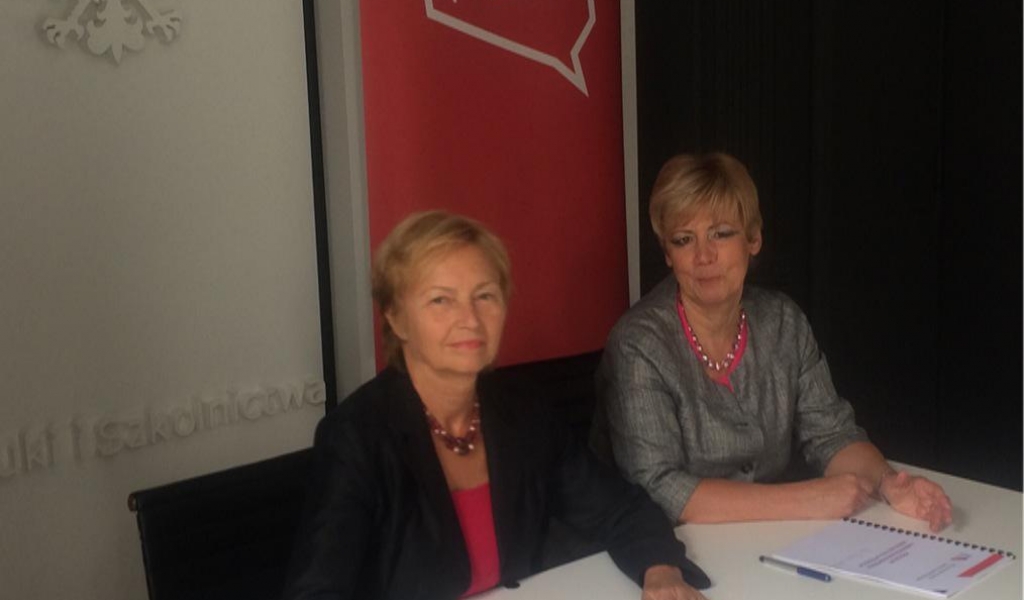 "Throughout the world, 4 million people study outside their own countries. It is estimated that by the year 2020 7 million people who want to receive education outside their country of birth. This market is estimated at $ 100 billion. The most active players are the U.S., UK, Australia. Poland has a chance to join this group because of the rapidly growing economy" - reads the Program signed and published on June 18th.

The most important actors in raising the level of internationalisation will be universities, whose activities the Ministry of Science will support with special funds, including Operational Programme Knowledge, Education, Development.

As stated in the Program, universities can attract foreign students by creating an attractive program offer. One of the tasks of the universities in this area will be to increase the number of first degree and second degree programs in foreign languages, and joint educational projects. 57.5 million euros is earmarked in the OP KED for the implementation of international education programs, international summer schools and training programs in foreign languages. It is planned that the first competition for universities will be announced in 2016.

Also helpful in the battle for foreign students will be obtaining international accreditation of higher education institutions or individual education programs. "Polish Accreditation Committee, in cooperation with the Technical University Accreditation Committee undertook to prepare the Polish accession to the Washington Accord (agreement concluded by institutions responsible for accrediting engineering degree programs in various countries). Polish application will be considered by the Washington Accord signatories in 2016" - reads the Internationalisation Program.

5 million euros is earmarked in the OP KED to support the process of obtaining foreign accreditation by the Polish universities or training programs.

The program prepared by the Ministry of Science also envisages increasing the number of foreign researchers involved in teaching and research in Poland. The plan also includes building doctoral programs with international reach, and a post-doctoral fellowships system. More than 112 million euros from OP KED is reserved for this purpose.

The ministry also plans to create a system of support to enable Polish students to begin I, II and III degree studies abroad. "The Ministry of Science will propose appropriate changes in the Law on Student Loans and Credits, so that young people who wishing to receive education beyond Polish borders have the opportunity to apply for preferential loans" - reads the program.

The Program also envisages expanding the graduate career monitoring system to include foreigners who graduate from Polish universities, creating a system that will monitor the mobility of Polish students, creating a database of the Poles involved in research abroad.

In addition to the already implemented campaign promoting Polish universities: Ready, Study, Go! Poland, the campaign Research&Go! Poland will be launched. The website www.go-poland.pl will be complemented with a service addressed to foreigners interested in conducting research in Poland.

The program will be implemented in two stages: the years 2016-2020 and after 2020. "After the conclusion of the EU's financial perspectives we should assess and verify the implementation of the program. On this basis, decisions should be made on a possible revision of the strategic objectives of the program and its continuation and funding from the state budget" - says in the program.

Currently, Polish universities educate approx. 46 thousand foreigners. Compared with last year, their number increased by 10 thousand. Citizens of 158 countries study in Poland. Most of them are Ukrainians (23 thousand) and Belarusians (4 thousand), but there are also many Norwegians and Swedes (1.5 thousand).

The level of internationalisation of Polish higher education remains one of the lowest among OECD countries. The most important reasons for this situation, according to the program, include low positions of universities in international rankings, poor citation rate of scientific achievements, insufficient international mobility of researchers, a small number of educational programs with the highest world level.