Gowin: We need to reflect on new solutions for universities | study.gov.pl

Gowin: We need to reflect on new solutions for universities 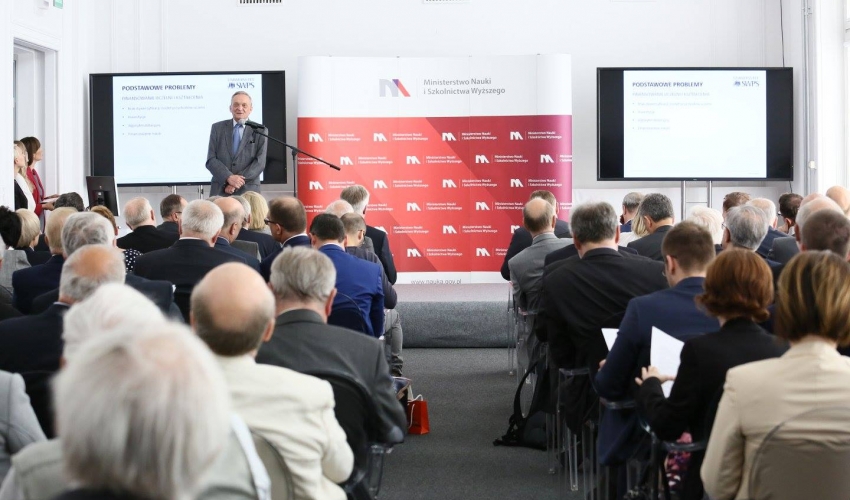 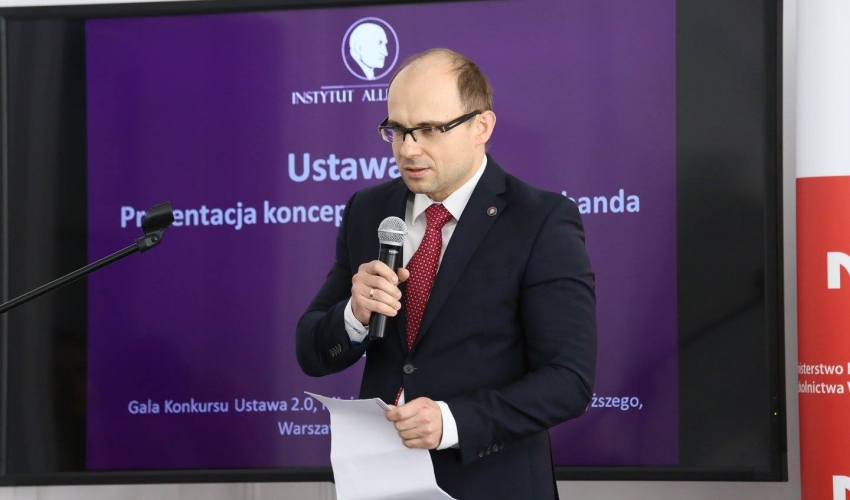 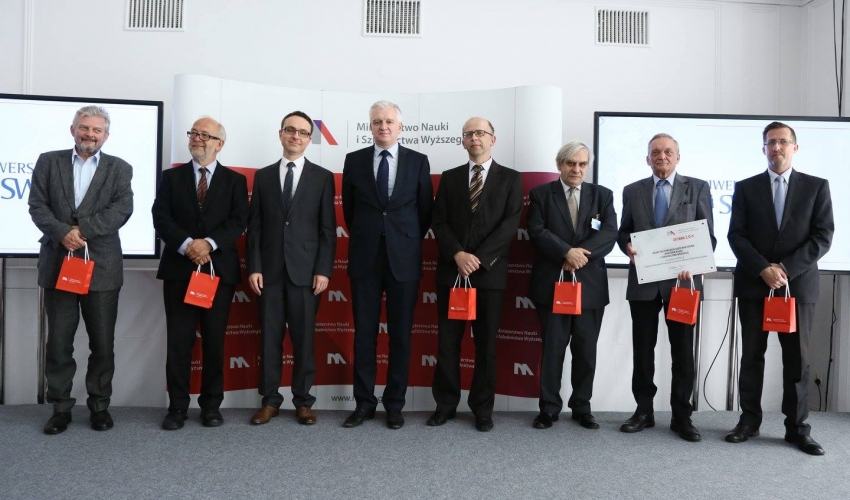 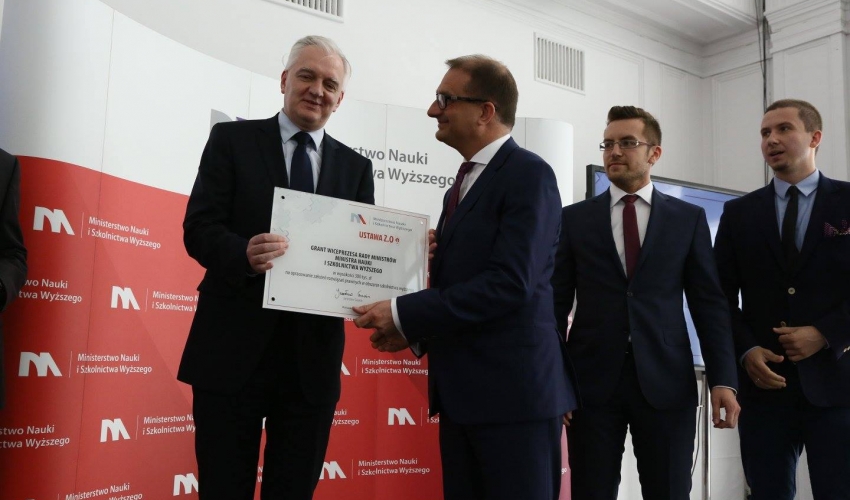 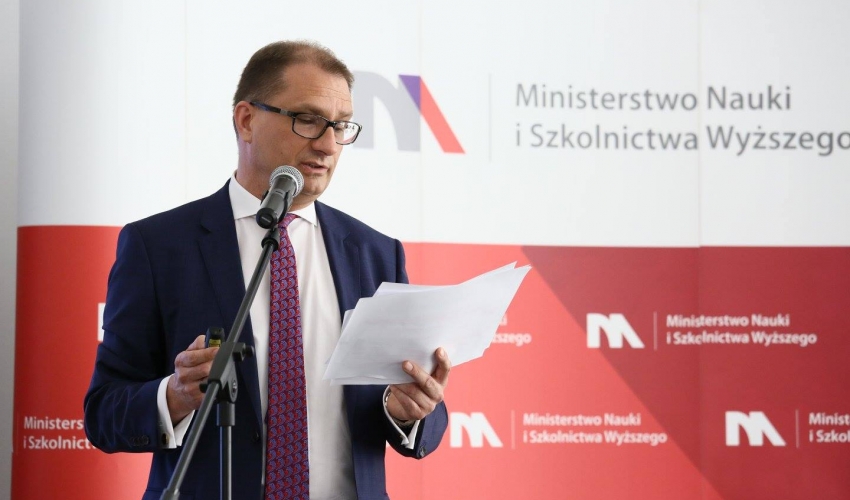 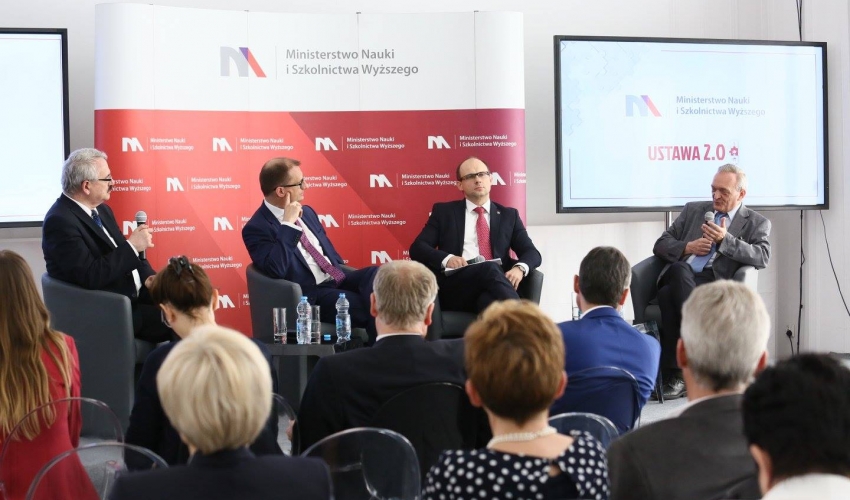 Gowin: We need to reflect on new solutions for universities

We need to reflect together on new system solutions, leading to the adoption - in this term - of a new law on higher education - said Deputy Prime Minister, Minister of Science and Higher Education Jarosław Gowin.

Ministry of Science and Higher Education held a gala of the "Law 2.0" competition. Three competitive teams selected in the competition will receive 300 thousand zlotys grants to prepare guidelines for the new Law on Higher Education. The teams will also conduct a public consultation of the proposed solutions. Their work will continue until January 2017.

During the final gala of the competition Deputy Prime Minister, Minister of Science and Higher Education Jarosław Gowin pointed out that in the ranking of the best universities in the world Polish universities are only in the fourth hundred, and their position has dropped in recent years. In the European innovation ranking, Poland is in the lowest category. Minister Gowin also drew attention to a small number of prestigious European ERC grants that Polish scientists win.

"Does that mean that Polish universities, Polish science are experiencing a setback? Of course not. We are expanding, we are moving forward. But the problem lies in the fact that while we are moving, the world is running" - said Gowin.

He reminded that an amendment to the Law on Higher Education, which aims to reduce bureaucracy at universities, is expected to come into force this autumn. The draft amendment adopted by the government at the end of May, will now go to the Sejm. This amendment, however, according to the minister, it is not enough. "We need to reflect together on new system solutions, the final outcome of which will be the adoption, still in this term, of the new law on higher education, which will better reflect the challenges that the universities are facing in a globalised world" - he said. He added that the solutions must be worked out through debate.

The assumptions of the new law will be prepared by the teams led by: Dr. Arkadiusz Radwan - at the Allerhand Institute in Kraków; Prof. Marek Kwiek - associated with the Adam Mickiewicz University in Poznań; and Prof. Hubert Izdebski, affiliated with the University of Social Sciences and Humanities in Warsaw.

Prof. Marek Kwiek said on Friday that when it comes to the management of universities, his team will consider a transition from the collective model towards the managerial model, "while completely preserving academic freedom in matters of education and research".

Prof. Izdebski was also of the opinion that the role of collective bodies should be limited. According to him, such bodies are suitable, for example, when it comes to matters of the university vision, program. Their role should not be a decision-making on current issues - he believes.

"Science by its very nature is not democratic. Scientific studies are verified not in a majority vote, but another, scientific way. A vast majority of scientific discoveries come from a small minority of scientists. For this reason, misunderstood democratisation causes dysfunctions in the management of science" - said the leader of the third team Dr. Arkadiusz Radwan in an interview with PAP.

The teams also drew attention to the need to differentiate the universities.

Dr. Radwan's team wants to propose a "regulatory competition". This means that each university could choose in which system they will operate. The choice would be between base system and a system focussing primarily on quality.

Prof. Izdebski, on the other hand, was of the opinion that a basic division of universities into vocational and academic institutions is necessary. Prof. Kwiek spoke about three new types of universities - research, research and educational and purely educational universities, will use three streams of funding which in varying degrees, and in which the academic career paths will differ.

The three competing projects of assumptions of the new Law on Higher Education will be the starting point for a series of conferences planned within the framework of the National Congress of Science. In the course of debates, the law will be given its final shape, and then will be subject to legislative work. It is expected to come into effect from the academic year 2018/2019.