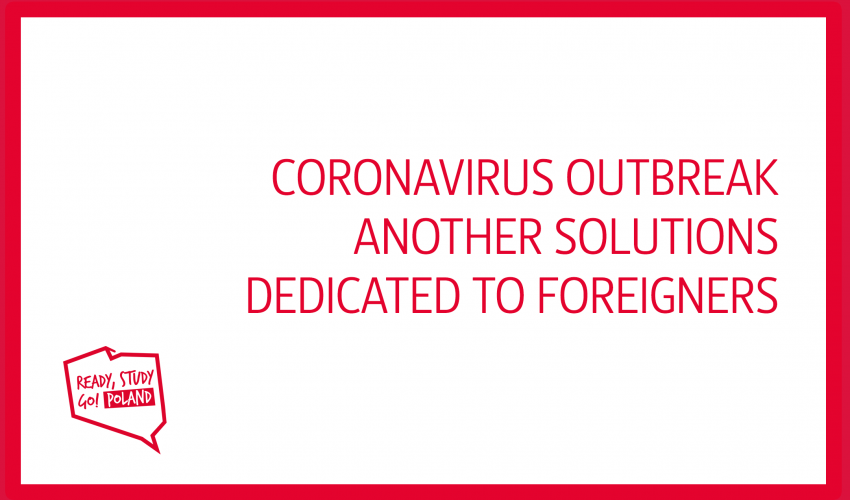 On 7 April 2020, the Council of Ministers has adopted as part of the extension of the “anti-crisis shield” a draft of another act aimed at counteracting the negative effects of the SARS-CoV-2 virus epidemic. It provides, among others, for extension of the legal stay of foreigners staying in Poland on the basis of visa-free travel or Schengen visas. The draft also envisages the extension of the period of validity of residence cards and temporary identity certificates for foreigners.

The draft* adopted by the Council of Ministers on 7 April contains additional specific solutions for foreigners residing in Poland. Some of them already came into force on 31 March and their details can be found HERE.

Extension of legality of stay of foreigners residing in Poland on the basis of short-term residence titles, including visa-free travel

The draft applies to foreigners who, on the day of the announcement of the epidemic emergency on 14 March 2020, were staying in Poland on the basis of:

The above solution assumes that the extension of legality of stay will occur by law. It will not require submitting any applications or issuing permits or documents.

This will allow for further legal stay in Poland for foreigners who, for various reasons related to the SARS-CoV-2 virus epidemic, cannot leave the Polish territory and for those who want to continue to achieve the purpose of their stay, including work. The aforementioned provision allows foreigners to perform work based on possession of a work permit, seasonal work permit and declaration on entrusting work to a foreigner, which under existing provisions are or will be extended by law.

Thanks to this solution, foreigners will not be forced to submit any applications for residence permits in the future to be able to leave Poland without hindrance.

The draft provides for the extension by law of the periods of validity of the foreigners’ residence cards and temporary certificates of identity (known in Poland as TZTC – documents issued to foreigners applying for international protection) if their end would fall during the period of state of epidemic emergency or state of epidemic. The period of validity of these documents will be extended until the end of the 30th day following the date of cancellation of the last of the two above-mentioned states that was in force. This solution is important due to the temporary suspension of direct customer service by voivodeship offices and the Office for Foreigners due to the outbreak of the coronavirus. It will allow foreigners to use these documents until it becomes possible to issue new ones.

* The draft act on specific support instruments in connection with the spread of the SARS-CoV-2 virus was submitted to the Sejm of the Republic of Poland. The content of the draft is available in Parliamentary document no. 330 on the website: www.sejm.gov.pl.

We encourage you to follow further messages to be published on the website of the Office for Foreigners.